Andie and Margaret! Sean and Dylan! Meryl and Mamie! The apple certainly doesn't fall far from the tree when it comes to these famous actors and their children

One of his twins, son Tristan, plays a younger version of Hemsworth's starring character. Meanwhile, the actor told entertainment reporter Kevin McCarthy that his daughter, India, "plays the character of Love."

"It's really cool. They really wanted to be in it," said Hemsworth.

"It felt like a one-off fun family experience. I don't want them to now go and be child stars and actors. It was just a special experience we all had," Hemsworth told McCarthy. "They loved it, they had a great time."

(Fun fact: All of their kids inspired the "cool" monsters in the film!)

In the latest season of Cobra Kai, Julia Macchio appears in episode 8 alongside her father, Ralph Macchio, marking their first time sharing the screen together.

While Ralph is well-known for playing Daniel LaRusso in The Karate Kid films and Netflix's sequel series Cobra Kai, Julia joins the franchise as Daniel's cousin Vanessa LaRusso, who gives him and his wife Amanda (Courtney Henggeler) a quick lesson in parenting.

"She knocked it out of the park," Ralph told PEOPLE. "I was the proud father on set that day. As soon as she ran our first take, everybody was like, 'Holy crap, she's got this character.'"

Margaret Qualley got the opportunity to act alongside her mom, actress Andie MacDowell, in Netflix's Maid — and as Qualley told Collider, the casting was her idea.

"It was one of the more surreal experiences of my life," she said of their shared time onscreen. "Across the board, there's the comfort of having your mom in the same place when you're in the middle of a pandemic and you're away from home for nine months, then there's my mom's whole body of work, which I'm complete awe of and couldn't look up to her more, and then there's this thing where you walk into the room and your mom is playing your mom and that definitely shifts the situation. It's the biggest cheat I've ever managed to pull off."

The father-daughter duo will appear on screen together in their new show, Lopez Vs. Lopez!

Deadline reported in Oct. 2021 that the pair would be starring in and producing the project together.

Sean Penn and his daughter, Dylan Frances Penn (whom he shares with actress Robin Wright), acted alongside one another in the 2021 film Flag Day. Dylan told Vogue of the experience, "...from the first day [on set], I knew things were going to go well. It just felt right." She added that her dad "was just really fun to act with and gave me so much to work with."

Wyle's daughter made a cameo on his series, Leverage: Redemption — and so did her mom, Sara Wells. Wyles raved about the experience to TV Insider, saying, "That to me was one of the highlights of the season: I got to work with my own daughter."

Thandiwe Newton and her daughter Nico Parker got to act together in the 2021 film Reminiscence. But Parker — who made her debut in the live-action remake of Dumbo — says that she doesn't turn to her famous parents (her dad is writer-director Ol Parker) for acting advice.

The young actress told Variety in Oct. 2020, "They do give me advice like, 'Learn everybody's name and always be nice' and things like that, but when it comes to acting, they kind of steer clear of it because I think they want it to be my own experience for me to learn about things in my own way."

Kate Hudson has never acted alongside her famous mom, Goldie Hawn, but she has done so with her "Pa," Kurt Russell. The duo appeared in 2016's Deepwater Horizon.

She told Ellen DeGeneres that even though their time together in the film is short, she loved working with Russell. "I was back on set with my dad and it reminded me of being a little kid and where I fell in love with movies, and how much time I spent on movie sets with him," Hudson said. "There was something really beautifully wistful about being on that set with my dad."

When Jolie took on the role of the villainous titular character of Disney's Maleficent, she wasn't planning on having any of her children make a cameo in the film.

However, daughter Vivienne ended up playing baby Princess Aurora, because "the other three- and four-year-old [performers] wouldn't come near me," Jolie told Entertainment Weekly. "It had to be a child that liked me and wasn't afraid of my horns and my eyes and my claws. So it had to be Viv."

The Academy Award-winning actress got to star Ricki and the Flash with her daughter, Mamie Gummer. In the film, the duo play a mother-daughter pair with a strained relationship.

It's not the first time Mamie appeared onscreen with her mom: She also played Meryl's baby in the 1986 film Heartburn.

Will Smith got to act alongside his own son Jaden (who was only 8 years old!) when they starred in the 2006 film The Pursuit of Happyness.

Jaden said on The Ellen DeGeneres Show, "It was hard, but fun" to work with his dad, adding, "My dad gave me advice ... You have to be in the moment."

When it comes to being a dad onscreen and off, Billy Ray Cyrus has got the job down pat! The country singer acted alongside his daughter Miley Cyrus in the Disney Channel series, Hannah Montana, where he plays a character aptly named Robby Ray.

Lily-Rose Depp got one of her first acting credits in 2014's Tusk, which featured her famous dad. In 2016, she got a more substantial role alongside him in Yoga Hosers.

When asked if she would ever act with her father again, she told Entertainment Tonight, "Never say never," but added that making it a family affair isn't her first priority when auditioning.

"What's interesting to me is the particular character that I may or may not be playing and then the story that it's telling and everything," she said. "I think when the cast then starts to fill that story out and everything, those are other things to consider. But yeah, I mean, I love to work with great actors."

Would these two say working together is magic? Domhnall and Brendan Gleeson both had parts in Harry Potter: Brandon played Alastor "Mad-Eye" Moody, while his son played Bill Weasley. They finally shared a scene in Harry Potter and Deathly Hallows, Part I.

Eugene and Dan Levy played the hilarious father-son pairing of Johnny and David Rose in their Emmy-winning series, Schitt's Creek.

Dan told Today of working with his father, who is the series' co-creator, "You have to really respect the person you're working with and I think when you do, it makes for a very easy go of things. I have so long admired what my dad had done and … I think he really let me have space to find my own footing."

He added that he learned a very important lesson from his dad: "I think what I learned from him, just from a comedy standpoint, is that … there's so much generosity, I think, to great comedy. You have to just give people space. There's just such a joy in knowing that you have each other's back."

In 1996, Demi Moore acted with her daughter, Rumer Willis, in Striptease, a movie about a mother who turns to dancing to pay her bills.

"Well, she asked to have the opportunity to audition so after much discussion with my husband, I went and asked them if they would be willing to let her try because she wanted it so badly," Moore said at the time.

She added that there was no shame in her daughter watching her portray a stripper: "We don't shame the body, we encourage the body as something beautiful and natural, and my children bathe with me, and I walk around naked."

Rumer would also go on to act alongside her father, Bruce Willis, in the 2005 movie Hostage.

Jane Fonda was able to act alongside her famous dad, Henry Fonda, in the 1981 film On Golden Pond.

Fonda said on CNN, "I feel so blessed to have been able to have that experience. He died five months later. I bought the play and made the movie because I wanted to work with him — we knew he was dying. To have found a play in which the father/daughter characters so mirrored our own real-life relationship was amazing. To have been able to say those words to him and to have the resolution at the end of the movie ... I just feel so lucky. I miss him so much."

The pair became the first father/daughter duo to be nominated for Academy Awards, with Henry winning for Best Actor. Jane accepted the Oscar on his behalf.

Alice Richmond was a dead ringer for her mom, Tina Fey when she played her character, 30 Rock character Liz Lemon in a flashback scene. (And though she didn't share a scene with her due to only having a cameo herself, Fey also cast daughter Penelope as a child influencer on her latest sitcom, Girls5Eva.)

Stallone was able to share the screen with his real-life son, Sage, when he appeared in Rocky V as Stallone's onscreen kiddo, Rocky Jr. Sage tragically passed away in 2012.

Martin Sheen and his son Charlie have shared the screen together on multiple occasions, acting together in movies like Wall Street and No Code of Conduct and on the TV series Spin City.

Sheen also acted alongside his other son, Emilio Estevez, in the 2010 film The Way — which Estevez wrote. In the film, Sheen plays the familiar role of Estevez' dad, who is grieving the loss of his son while walking the Camino de Santiago.

Judd Apatow believes in mixing family with business. His daughters, Maude and Iris, have appeared in both Knocked Up and This Is 40 with their mom, Leslie Mann.

When your dad is Clint Eastwood, movies are practically embedded into your DNA. Scott has appeared in a few of his dad's films, including Flags of Our Fathers, Gran Torino, Invictus, and Trouble with the Curve.

He told GQ of his dad, "I've tried to take every opportunity I can to learn from him.... Every chance I get, I'm trying to be on set with him."

In 2016, Kiefer Sutherland told Good Morning America of working with his dad, Donald Sutherland on Forsaken, "We'd been in one movie together, A Time to Kill, but we had never actually exchanged a line of dialogue together. I've watched him my whole life and to have the opportunity to work with him was something I've wanted my whole career."

He added, "The experience is something I will never forget. It was the most time I've actually spent with my father at one time in my life. It's a memory and an experience I'll treasure the rest of my life." 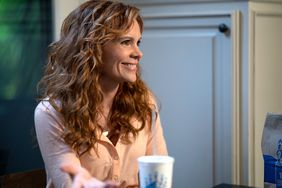 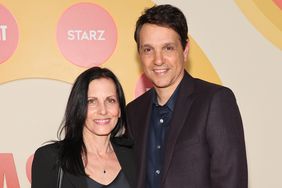 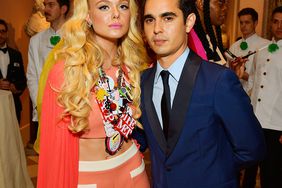