Since the first Academy Awards in 1929, there have been a number of A-listers guiding us through Hollywood's biggest night, but the legendary Bob Hope has hosted the show the most times. Here's a breakdown of every celebrity who has hosted the show multiple times

The British-American comedian and actor, known for his work alongside the legendary Bing Crosby, has hosted the Academy Awards 19 times, which is more than any other host to date.

Hope took to the stage for the first time at the 12th Academy Awards in 1940. Known for his jokes and witty one liners, he hosted the show's first televised event in 1953, in addition to its first broadcast in color in 1966.

The comedian, director, and actor, known for his breakout role on the ABC sitcom Soap and When Harry Met Sally, has hosted the Oscars nine times.

Crystal took to the stage for the first time at the 62nd Academy Awards in 1990, and the last time he hosted was at the 84th ceremony in 2012. (He has also opened up about how he'll most likely never host the Oscars again.)

Carson is no stranger to the hosting scene, as he's most notably recognized for his three-decades-long run as host of The Tonight Show Starring Johnny Carson. Regarded as "The King of Late Night," Carson hosted the Oscars five times.

The 51st Academy Awards marked the first time Carson hosted in 1979. He hosted the show for four consecutive years, and returned to the stage in 1984 to lead the 56th ceremony.

Not only has the actor hosted the Oscars four times, but he's a two-time winner as well, taking home Best Supporting Actor for Mister Roberts in 1955 and Best Actor for Save the Tiger in 1973.

The actress, comedian, and host of The View hosted the Oscars four times, in addition to winning Best Supporting Actress in 1990 for her role in Ghost.

Goldberg made Oscars history as the first Black woman to emcee the show solo at the 66th ceremony in 1994. She also goes down in award show history as one of the few stars to earn an EGOT (winner of an Emmy, Grammy, Oscar, and Tony Award).

Nicknamed "The King of Comedy," Lewis hosted the Oscars three times, but the third time was not necessarily "the charm."

Lewis emceed consecutively at the 28th and 29th Academy Awards, followed by his third and final gig at the 31st ceremony in 1959.

That last time is infamously recognized as the ceremony where the final award was presented ahead of schedule, causing the show to end 20 minutes early.

As the first host in history to experience this situation, Lewis put his improvisational skills to use as he attempted to kill time – rallying actors on stage to sing "There's No Business Like Show Business." That's live TV for ya!

The British actor hosted the Oscars three times, and they were all quite memorable for various reasons.

After co-hosting alongside Donald Duck at the 30th Academy Awards in 1958, his appearances just got more notable from there.

At the 31st Academy Awards in 1959, Niven made history as the first (and only) person to ever host and receive an Oscar in the same year. The actor received the honor for Best Actor in a Leading Role for his part in Separate Tables.

While that was a memorable hosting year for Niven, the 46th ceremony in 1974 was bizarre to say the least as it was the year famed photographer Robert Opel infamously streaked across the Oscar stage.

Also an EGOT winner, Martin has hosted the Oscars three times – and opened the 92nd Academy Awards alongside Chris Rock the year there was no host.

Martin held the hosting honor at the 73rd and 75th ceremony, in 2001 and 2003, respectively. He emceed solo during his first two years, and was joined by Alec Baldwin in 2010 to co-host the 82nd show.

"Being invited to host the Oscars for a third time is either a great honor or a trap," Kimmel said in a statement about his upcoming third hosting gig, at the 2023 Oscars. "Either way, I am grateful to the Academy for asking me so quickly after everyone good said no." 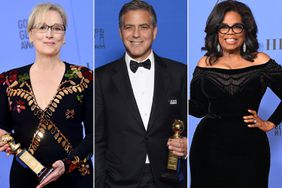 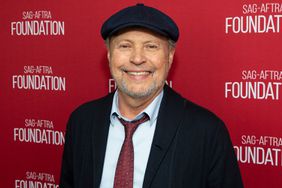