Carrie Fisher gazes up at her parents Debbie Reynolds and Eddie Fisher not long after her birth on Oct. 21, 1956.

A smiling Carrie with her proud parents. Her brother Todd joined the family in 1958.

Baby Carrie with mom Debbie in the late 1950s.

Carrie scores a smooch from her dad while playing with a candy cane.

An animated Carrie joins her mom for an interview in 1959.

Debbie brings a teenage Carrie on a night out in 1972.

Carrie and her brother Todd wish their mom well backstage at the 1973 Broadway premiere of her musical Irene.

The trio in 1973, at a New York City party celebrating Irene.

The mother-daughter duo at a New York City event for Reynolds's movie The Unsinkable Molly Brown.

At the 11th annual American Comedy Awards in L.A. in 1997, at which Reynolds was honored.

Also in 1997, the two go cheek-to-cheek backstage at the Academy Awards.

Together, the stars honor another famous face in Atlanta at the "Jane. Well Done. A Celebrity Roast of Jane Fonda" in 2006.

Though the pair went through a period during which they didn't speak to one another, before their deaths, they'd grown particularly close again.

Mom and daughter arrive at the Creative Arts Emmy Awards in 2011.

Granddaughter and actress Billie Lourd joins in on the family fun at a Paley Center for Media event in L.A. in 2011.

Fisher joins her mom for a preview of her auction in North Hollywood in 2014.

At the 2015 Screen Actors Guild Awards, where Fisher presented her mother with the Life Achievement Award.

A glowing Reynolds backstage at the 2015 SAG Awards with her daughter and granddaughter. 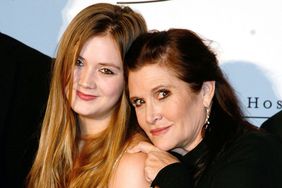 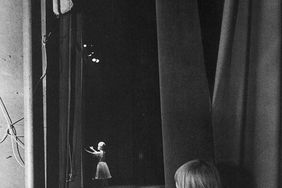 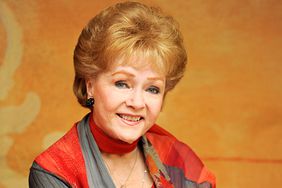