Cardi B is coming to the big screen!

The “Bodak Yellow” rapper, 26, will make her film debut in an upcoming drama titled Hustlers alongside none other than Jennifer Lopez, Deadline reports.

The duo, who recently collaborated on the track “Dinero,” will star in the flick following revenge-seeking strippers, who band together with a group of fellow exotic dancers to scam their male Wall Street clients out of thousands of dollars, according to the outlet.

The film, directed by Lorene Scafaria and produced by STXfilms, is based on the 2015 New York Magazine article The Hustlers At Scores written by Jessica Pressler.

The story is set in New York City during the financial crisis of the early 2000s.

As if the plot couldn’t be any more intriguing, Crazy Rich Asians star Constance Wu and Riverdale‘s Lili Reinhart will be joining Lopez, 49, and Cardi on screen as well as Keke Palmer and Julia Stiles, according to Deadline and Variety.

“I’m thrilled to have the opportunity to work with this dynamic group of women,” Scafaria told Deadline. “We’re grateful to have assembled such a powerhouse cast and can’t wait to start filming at the end of the week.”

Adam Fogelson, Chairman of STXfilms also expressed excitement for the film telling the outlet, “We could not have asked for a more exciting or talented lineup of performers to join our cast.”

While it may be Cardi’s first big movie role, the Grammy Award-winning rapper is no stranger to the nightclub life.

Before finding fame with music, Cardi worked as an exotic dancer.

In the April 2018 issue of Cosmopolitan, the rapper addressed why she’s open to speaking about her pole-dancing days: ‘People say, ‘Why do you always got to say that you used to be a stripper? We get it.’ Because y’all don’t respect me because of it, and y’all going to respect these strippers from now on… Just because somebody was a stripper don’t mean they don’t have no brain.”

Although Cardi is proud of her past, she confessed her mother wasn’t pleased with her means of making money back then. “When my mom found out I was a dancer, she was pretty upset,” Cardi revealed.

Her mom’s disapproval only pushed the Bronx-native to strive for more: “Me knowing that she used to hate it, it didn’t allow me to get comfortable with what I was doing.”

Jennifer Lopez on What Drew Her to Cardi B: ‘She Reminded Me of All The Girls I Grew Up With’

Prior to Hustlers, Cardi had a recurring role on the reality show Love and Hip Hop: New York and appeared on an episode of BET’s Being Mary Jane starring Gabrielle Union.

The announcement comes a month after Cardi released a new track with Bruno Mars called “Please Me.”

According to Deadline, Hustlers will begin filming on March 22. 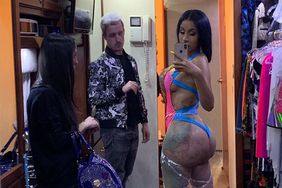 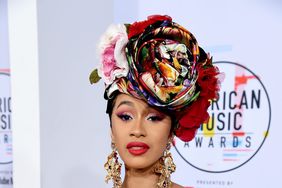 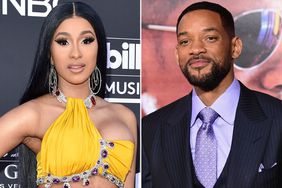