In a nostalgia driven ad, Kris Jenner makes you miss the ’90s, but also makes you want to go see Captain Marvel.

The promo video, which debuted on Jenner’s Instagram, features her and Real Housewives of Beverly Hills star, Lisa Rinna. The pair roll up in a classic white convertible to a — wait for it — iconic Blockbusters Video store, wondering if they remembered to rewind their VHS movies before bringing them back.

Pause for some childhood flashbacks.

But the best part of the whole video has to be when Jenner brings out her chunky black cell-phone, pulls out the antenna, and makes a call to get Brie Larson — the Oscar winner who plays Carol Danvers — a movie deal.

Alongside the post Jenner wrote, “As a momager, I know talent when I see it. And #CaptainMarvel is out of this world. Go see her in theatres Friday.”

With Captain Marvel, Marvel Studios introduces the first female standalone superhero, set in the 1990s and based on the original Marvel comic-book series, first published in 1967. Directed by Anna Boden and Ryan Fleck, the movie follows Carol Danvers who has intergalactic superpowers and finds herself back on Earth with a new mission.

Larson has already received an onslaught of positive reviews for her performance in the film, as well as her costar, Ben Mendelsohn, 49, who plays the villain — Talos, leader of the shape-shifting alien group, the Skrulls. Joining them is also Samuel L. Jackson, Annette Bening, Jude Law and Clark Gregg. 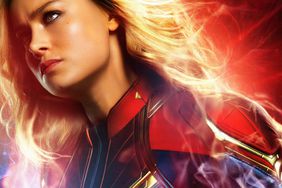 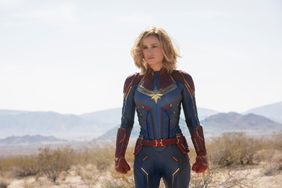 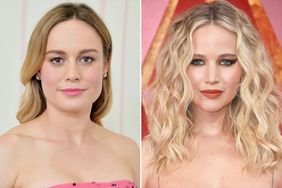 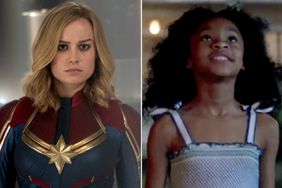 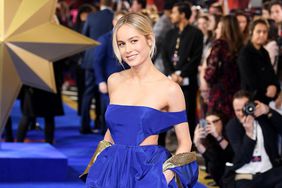 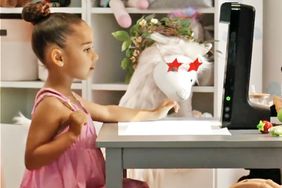