After the 2020 Cannes Film Festival was postponed due to COVID-19, Adam Driver, Bella Hadid and more stars took the famed festival by storm

Rosamund Pike beams in bright red at the final screening of OSS 117: From Africa With Love on July 17.

Pike was joined by Sharon Stone, who flashed a peace sign as they walked the red carpet.

Stone and Milutin Gatsby share a laugh while attending the final screening of OSS 117: From Africa With Love and the closing ceremony on July 17.

South Korean actor Lee Byung-hun looks dapper in a navy floral suit while arriving for the screening of OSS 117 : From Africa With Love on July 17.

Kat Graham made a major entrance n a purple gown at the July 17 screening of OSS 17: From Africa With Love.

Gemma Chan stuns in gold while blowing a kiss on the red carpet at the final screening of OSS: 117: From Africa With Love on July 17.

XOXO! French actress Fatou N'Diaye wore a showstopping yellow gown on the red carpet for OSS 117: From Africa With Love.

Iris Law shows off a fresh cut at the French Dispatch screening on July 12.

Malik Vitthal jumps for joy at The Year of the Everlasting Storm photo call on July 15.

Blanca Blanco arrives for the July 13 screening of the film Aline, The Voice of Love, taking a dramatic turn on the festival's famed steps.

Timothée Chalamet and Adrien Brody get together in their complementary suits at the July 12 French Dispatch premiere.

Turn Up the Volume

Sharon Stone is helped up the steps at the July 14 screening of A Felesegam Tortenete/The Story of My Wife.

Doria Tillier takes a break from the forward-facing photographers at the Talents Adami photo call on July 13.

Owen Wilson and Jarvis Cocker snap a selfie on July 12 at the French Dispatch premiere.

Ellen von Unwerth is made in the shade at the World Influencers and Bloggers Awards 2021 on July 12.

Adam Driver smiles and waves during a photo call for Annette on July 6.

Andie MacDowell shows off her red carpet look and arrives for the opening ceremony and screening of Annette.

Bella Hadid looks incredibly glamorous at the opening ceremony and screening of Annette.

Academy Award-winning director Bong Joon Ho fools around with his mask while attending the film festival, which he helps open on July 6.

Model Candice Swanepoel strikes a pose at the famous Hôtel Martinez during the Cannes Film Festival.

Diane Kruger looks as pretty as a picture while attending the screening for Tout S'est Bien Passe (Everything Went Fine).

Elena Lenina goes over-the-top with her hair at the screening for Tout S'est Bien Passe (Everything Went Fine), donning a headdress made of blonde braids.

... let Foster take a selfie with her wife, Alexandra Hedison.

Val Kilmer's kids, Mercedes and Jack Kilmer, attend the photo call for their father's documentary, Val, which they helped produce.

Stillwater costars Matt Damon and Camille Cottin arrive at the screening of their film on July 8.

And the award for best performance goes to The Wind, for making this photo of Noel Capri at the screening of Tout S'est Bien Passe (Everything Went Fine) so stunning.

Tilda Swinton and her daughter, Honor Swinton Byrne, stay close on the red carpet at a screening for The Souvenir Part 2. 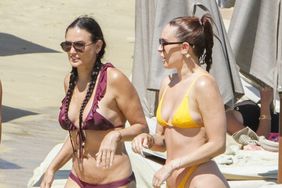 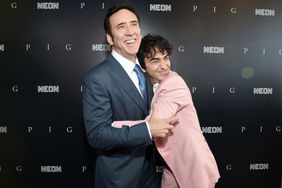 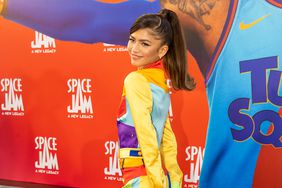