"Can you imagine if Cameron had never done that? Imagine if you had never had that conversation?" said the singer's wife, Ayda Field Williams

Looks like Cameron Diaz can add love guru to her resume!

Singer Robbie Williams recently revealed that he has the actress to thank for saving his relationship with his wife, Ayda Field Williams.

On the most recent episode of the Robbie and Ayda's podcast, (Staying) At Home With The Williamses, the "Angels" artist shared that it was a conversation with Diaz that turned his relationship with Ayda around during a brief split.

Years before marrying Ayda, the singer explained that he visited the Chateau Marmont hotel in Los Angeles one night when he and his now-wife were on a break, explaining that the pair had gone through a few splits at the time, when he had a revelation during a conversation with Diaz and Drew Barrymore.

“I’m floating around and we had split up and I was chatting away with people and I had started to chat with Drew and Cameron," Robbie, 46, said.

"I started to espouse about this brilliant person that I had just ended a relationship with and there were all of these words coming out of my mouth about how incredible you were, how beautiful, smart, funny," he recalled, before revealing what Diaz said next changed everything.

"And Cameron Diaz said, ‘It doesn’t sound like that one’s over’ and in that moment the universe went, ‘Go to Ayda, be with her, marry her,'" he said.

Ayda then teased, "Thank god for Cameron Diaz by the way. Next time I see Cameron Diaz I'm going to make out with her!"

Surprise! Robbie Williams and Wife Ayda Welcome Baby Boy via Surrogate: 'We Are So Blessed'

"Can you imagine if Cameron had never done that? Imagine if you had never had that conversation?" the 41-year-old said.

Robbie and Ayda went on to tie the knot in August 2010 at the “Millennium” singer’s Beverly Hills home in front 75 family members and friends.

The pair soon welcomed daughter Teddy in September 2012 and son Charlie in October 2014 — the latter of whose birth Robbie extensively (and hilariously) documented on YouTube.

In 2018, the parents welcomed daughter Coco via surrogate after what Adya called “a very long and difficult path," and in February, their fourth child via surrogate, a son named Beau Benedict Enthoven Williams, joined the family. 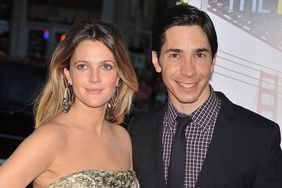 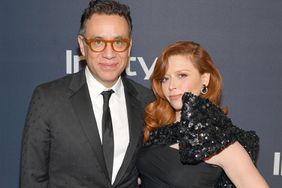