Cameron Diaz is basking in the glow of new motherhood and owning her time.

The actress, 47, spoke to her good friend and Goop founder Gwyneth Paltrow on Wednesday for the latest episode of In Goop Health: The Sessions in which the two discussed redirecting the course of their lives away from the glare of Hollywood.

"What did it feel like to walk away from a movie career of that magnitude?" Paltrow, also 47, asked Diaz.

The Charlie's Angels actress smiled and said, "Like peace. A peace in my soul because I was finally taking care of myself."

The actress described herself as being "sensitive to some energies" that would overwhelm her from time to time when she was more active in the industry.

"I stopped and really looked at my life," she said. "When you’re making a movie … they own you. You’re there for 12 hours a day for months on end you have no time for anything else."

She added, "I realized I handed off parts of my life to all these other people. I had to basically take it back and take responsibility for my own life."

Diaz said she realized she wanted "different things out of my life" when she turned 40.

"I had been going so hard for so long, working, making films, such a grind. I didn't make any space for my personal life," Diaz admitted.

That changed when she met her husband, Benji Madden. The couple tied the knot in 2015 and announced they'd welcomed their first child, daughter Raddix, earlier this year.

"We got married pretty much immediately because we realized we just had to do it," Diaz told Paltrow. "We went hard for a few years where we just ironed [our relationship] out, hacked it out. It was a lot of work, but we had to."

She added, "I'm older than him, not a lot older, but he was at the place in his life where he also wanted to do that as well." 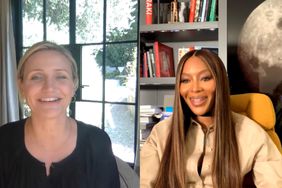 Cameron Diaz Opens Up About Possible Return to Acting After Break: 'It's Been a Long Time' 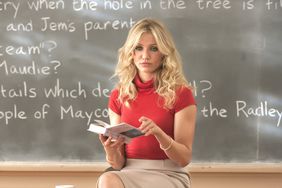 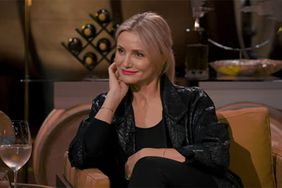