"You just get to be real with yourself, and you can also make necessary changes," the actress says to InStyle

25 years after bursting onto the Hollywood scene, Cameron Diaz is coming into her own.

The actress, who first appeared in 1994’s The Mask, opened up about her life now in InStyle‘s 25th anniversary special. At 46, Diaz is relieved to feel so comfortable in her skin.

“You know, I think the 40s are the best decade,” she said. “You just get to be real with yourself, and you can also make necessary changes because you have the experience of looking back on four decades. Looking at patterns and seeing what things really work. You get to let go of giving a s—- about anything. You’re done! Don’t care. I really don’t. It’s such a relief.”

Cameron Diaz Doesn’t ‘Miss Performing’: ‘I’ve Given More Than Half of My Life to the Public’

Part of being in her 40s has also led Diaz away from the spotlight. The actress hasn’t appeared on screen since the 2014 remake of Annie, and it doesn’t seem like she’s in a rush to get back in the public eye.

“I started [experiencing fame] when I was 22, so 25 years ago — that’s a long time,” Diaz said. “The way I look at it is that I’ve given more than half of my life to the public. I feel it’s OK for me to take time for myself now to reorganize and choose how I want to come [back] into the world. If I decide to. I don’t miss performing.”

Still, Diaz isn’t totally ruling out a return to the big screen — she’s just focusing on other callings.

“Right now I’m looking at the landscape of wellness and all that. But whatever I do, it has to be something I’m passionate about — something that just feels effortless,” she said.

Fans might have something to celebrate soon though, as Diaz teased potential new projects.

“I like creating, so I’m just looking for the project that makes the most sense for me now,” she said. “I have some things brewing, but it’s a little too early to talk about them.” 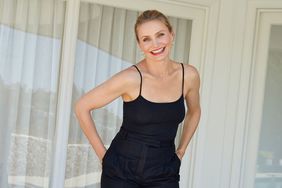 Cameron Diaz Doesn't 'Miss Performing': 'I've Given More Than Half of My Life to the Public' 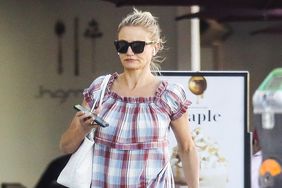 Summer Chic! Cameron Diaz Steps Out in Beverly Hills on Her 47th Birthday

Cameron Diaz Encourages Women to Embrace Aging and Shares Her Best Advice for Women in Their 20s, 30s and 40s 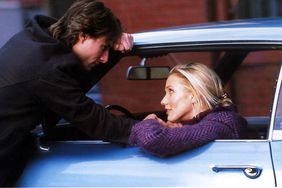