About two years ago, Bobcat Goldthwait was determined to make a movie about his longtime friend, the comedian and activist Barry Crimmins, a survivor of childhood rape who’s fought tirelessly against online child pornography.

That’s when Goldthwait’s best friend Robin Williams advised him to scrap his plan.

“I didn’t want to do a documentary,” Goldthwait tells PEOPLE of the project that became Call Me Lucky, which hits select theaters Aug. 7 (a nationwide release will follow). “I wanted to have another actor play Barry, because I didn’t feel like having him relive these events. I felt I didn’t want to put my friend through that stress just to make a movie.”

But around that time, he began to hear Crimmins speak publicly about his trauma, and Williams, with whom Goldthwait spoke or texted “every day” before the star’s suicide last year, “suggested I make it as a documentary. He gave the money that started the filming of the movie. Robin changed my idea to make it a narrative film,” says Goldthwait, adding, “This movie would not have gotten made, or been what it is, without Robin’s support and influence. His generosity and kindness are well known.”

Stars including David Cross, Patton Oswalt and Margaret Cho help tell the story of Crimmins’ relentless pursuit of online pedophiles, going as far as to ensnare some himself by posing as a child on chat rooms and gathering evidence.

In this clip, Cross describes Crimmins as “a guy who you heard about before you actually saw him.” Oswalt reveres him as a “whispered-about presence” in the industry, while Cho observes, “I think he has much more of an influence than anybody realizes.”

It has only been through the release of Call Me Lucky, which premiered at the Sundance Film Festival in January and has gathered some Oscar buzz, that Goldthwait feels he’s begun to truly mourn the loss of Williams.

“It’s strangely starting to feel like I’m only processing it now. I never really spoke too much about his death for a long time, mostly out of respect for his family,” he says. “It’s so personal. I understand that he had a huge impact on everybody, but my relationship was, he was just my buddy. I honestly didn’t have anyone I kept up with better. We spent years traveling together and celebrating birthdays.

“We never got off the phone without saying ‘I love you,’ so I know that’s the last thing he and I said to each other.”

He also believes Williams was more under the influence of Lewy body dementia– a condition associated with Parkinson’s disease – than the public realizes. The condition can cause cognitive problems, depression and sometimes hallucinations.

“I don’t want to discuss what his personal well-being was [near the end], but it came out in his coroner report he had a form of dementia,” Goldthwait says of his friend. “I’m not a doctor, but I feel like that had a lot to do with the events that transpired. I feel [the cause of Williams taking his life] wasn’t what people think it was. I think it was really the toll that having that disease was taking on him.”

He says he imagines Williams would approve of the finished product.

“Robin Williams was my best friend, and he was a fan of Barry Crimmins,” says the filmmaker, who directed Williams in 2009’s World’s Greatest Dad. “He knew I wanted to make Barry’s story. In the end the movie seems bigger than Barry and myself. It seems to be a universal story.”

Crimmins, once a rage-filled, hard-drinking comedian who mentored such enduring stars as Denis Leary, Steven Wright and Paula Poundstone, went on in 1994 to reveal he had been raped as a young child. He embarked on a journey of healing, which led him to the still-emerging Internet. When he found child pornography in AOL chat rooms, he presented his evidence to AOL – which fell on deaf ears – and eventually testified passionately before Congress. His activism, according to the film, helped lead to the first pedophile arrests using evidence gathered online.

Despite the dark subject, Goldthwait, an ’80s star of such movies as One Crazy Summer and Police Academy, insists, “At the end of the day the movie is entertaining and life affirming. Just as important to me is that the movie is funny. To do a movie about Barry Crimmins and not make it funny would be dishonest.”

“I would call [Crimmins] a hero,” Goldthwait says, “and he would yell at me. He wonders why people think he’s gruff. That’s Barry. He’s not comfortable being called a hero. People who see the movie say he is, though.”

Adds the director, “He would say, ‘I’m not courageous. What was my other choice? Turn my back on the kids being abused?’ ” 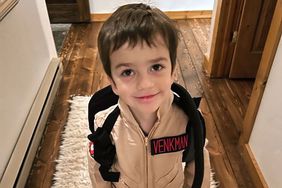 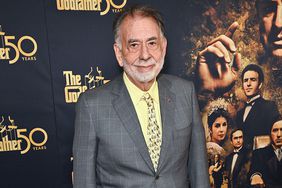 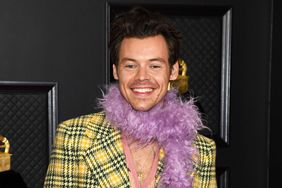 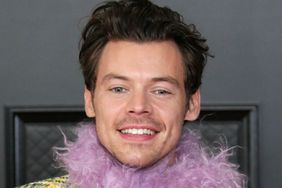