In 1972, the late actor agreed to pose completely naked for Cosmopolitan magazine

In 1972, Burt Reynolds, who died in 2018 at age 82, agreed to pose completely naked for Helen Gurley Brown's Cosmopolitan magazine — a move that he said wasn't a big deal, despite turning him into a massive sex symbol.

Reynolds then joked about the size of his manhood, adding, "And I have very small hands."

During the same month, Reynolds, who later battled an addiction to painkillers in 2009, told Conan O'Brien that he was really drunk for the shoot.

"I was so drunk," he said. "Oh, I was plastered. I started drinking very early in the morning, and I went out, and they said, 'In the first scene, you'll be doing such and such.' I said, 'You said I'd just be lying on the couch … I'm not taking my clothes off. I'll come in, throw the robe off and you roll.' And he did."

He also revealed in 2017 during an appearance on Yahoo!'s The Katie Couric Interview that he "shuddered" when he looked back on the infamous shoot.

"I mean what an a--," he continued. "What an egomaniac that would do something like that."

When Couric pressed Reynolds to explain why he regretted the shoot so much, he said, "I didn't have to do that. But people thought you had to do it because it, you know, caused a little fuss and all that, and I enjoyed that, but I didn't enjoy doing it."

After Reynolds' death, fellow sex symbol Raquel Welch said he spoke to her about the centerfold and compared it to her famous One Million Years BC poster.

"He used to come up to me and say, 'So, what do you think? You had your poster, and now, look at this,'" Welch recalled to PEOPLE with a laugh.

"It was so fun," said Welch of Reynolds' photo. "But that was that Burt attitude. From the neck up, you just knew he was sharing a laugh with everybody. He was in on the joke. And he knew that everybody's in on the joke. Because you can see, without winking, he was."

In his 1994 memoir, My Life, Reynolds said it was strange how women reacted to him after the centerfold was published.

"Standing ovations turned into burlesque show hoots and catcalls," he wrote. "They cared more about my pubes than they did the play." 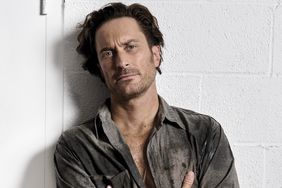 Oliver Hudson Shares How He Recently Embarrassed His Daughter Rio, 9, While Out to Eat 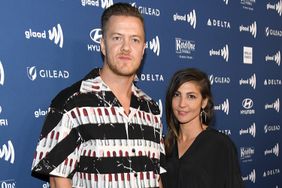