When it came to kissing Matthew McConaughey in her new film Gold, Bryce Dallas Howard actually benefited from her costar’s character’s drinking problem.

“He was drinking a lot of, I think it was tea stuff, a lot of fake alcohol, so it was pretty good,” she tells PEOPLE Now host Jeremy Parsons about McConaughey’s breath. “It was like some sort of good, healthy aesthetic substitute for alcohol.”

While “pretty good” isn’t bad, it’s hardly the ringing endorsement Howard gave her Jurassic World costar Chris Pratt, whose breath she said was “like Starburst.” She added, “He’s perfect in every way.”

McConaughey made a dramatic transformation for the film, gaining 47 lbs. (and losing his hairline) to step into the role of Kenny Wells — a down-on-his-luck businessman with a taste for Seagram’s Gin.

And according to McConaughey, filming would’ve gone a lot differently if he had been drinking real gin.

“Well, that wasn’t real Seagram’s I was drinking,” the actor previously told PEOPLE. “I wouldn’t have made it past lunch. I mean, Kenny was consuming those at 8 a.m. in the morning, so most of that is, sorry to say, colored tea that looks like Seagram’s.”

Gold is in theaters nationwide Jan. 27. 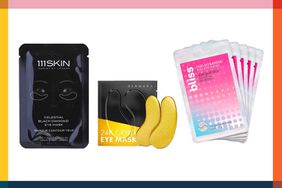