Bryce Dallas Howard Admits She Didn't Tell Anyone Her Last Name in College: 'I Was Insecure'

Bryce Dallas Howard learned to outgrow any insecurities that came with having a famous dad.

Speaking with the Los Angeles Times, the Jurassic World star, 39, reflected on her past hesitation in revealing that she's the daughter of Oscar-winning director Ron Howard. She harbored so many reservations, in fact, that she didn't even divulge her family name while enrolled at New York University, years before hitting movie-star status in her own right.

"I was insecure about that when I was younger," Bryce told the outlet. "When I went to NYU, I wouldn’t tell anyone my last name and I was like, 'No, Dad, you can’t come see my play because people might recognize you.'"

The actress — who makes her feature directorial debut with the new documentary Dads — said she "realized pretty quickly" that her mom Cheryl and her dad are "exceptional" parents whom she shouldn't take for granted.

"For me to be weird about something that, honestly, really doesn’t have anything to do with me — I just realized, that’s just shortsighted," she explained. "So many of my peers at NYU had parents who were really not supportive of them being artists in any way, shape or form, which totally made sense because they were scared for them."

Added Bryce: "I had parents who were emotionally supportive of me. ... There wasn’t a lot of baggage that I inherited from them in that way. Have you met my dad? He’s sweet, isn’t he?"

After first enrolling at NYU in 1999, Bryce completed her college degree last month. She put a pause on her education to pursue an acting career, including leading roles in movies like The Village (2004), Lady in the Water (2006) and The Help (2011).

Bryce Dallas Howard Says Dad Ron Didn't Want to Be in Her Dads Doc: 'So I Stole Our Home Videos'

Sharing the news on Instagram, she said she was "overcome with joy" to complete her studies, even if it was a process 21 years in the making.

"It’s been a long dream of mine to complete my formal education and though all of us NYU grads couldn’t wear glorious purple robes together today, I want to say thank you to everyone who supported and encouraged all of us graduates every step of the way," she wrote on May 21.

Bryce also wrote a letter to her fellow graduates, in which she explained that she "legitimately missed school" while enjoying a successful career on the big screen. And when she came back to classes, she didn't have insecurities this time around.

"I wasn’t at all intimidated by the fact I would be decades older than the majority of graduates," she said. "My husband and I did the math and realized that many babies born the year I first started NYU were probably graduating alongside me, which made me even more excited. How wild, how weird, and what a great story."

RELATED VIDEO: Bryce Dallas Howard on Why Her Family Originally Didn’t Want to be Part of Her Feature Directorial Debut Dads

In September, Bryce opened up about her new documentary about fatherhood, which hits Apple TV+ this weekend, just in time for Father's Day.

“My dad straight up when I first pitched this, he was like, ‘Not with our family.’ When it came to telling a version of my family story — that was something that my dad wasn’t interested in,” she recalled to PEOPLE and Entertainment Weekly in Toronto, where the film premiered at the Toronto International Film Festival.

“So I went and I stole our home videos,” she continued. “I did! I didn’t tell him. My mom was very cool with it because it was very important to me that I got her consent.”

Dads is available to stream on Friday, June 19, on Apple TV+. 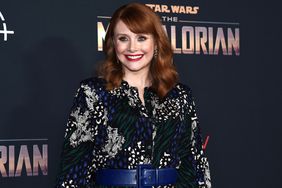 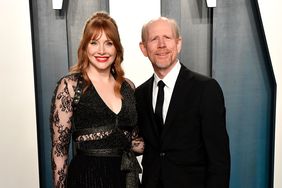 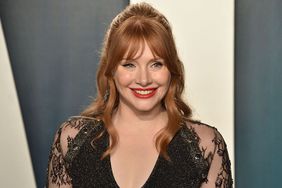 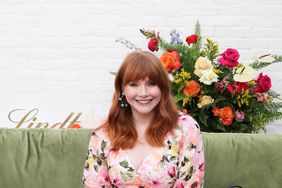