Dunst's role as Torrance Shipman, cheer captain of the Rancho Carne Toros, will forever be one of her most memorable. The perky protagonist inspired many with her can-do spirit, and when she famously dumped her lame boyfriend Aaron with this sizzling burn: "You're a great cheerleader Aaron, it's just that maybe you're just not 'boyfriend' material."

Since the 2000 comedy became a cult classic, the actress has starred in a number of memorable roles, including Mary Jane Watson in the Spider-Man films, and Peggy Blumquist in the TV series Fargo. She costarred with fiancé Jesse Plemons in the latter, and the couple share son Ennis, 3.

Isis, the team captain of the East Compton Clovers, played by Union, was sure as hell not going to let the Toros steal their routines any longer. Isis and her squad decide to fight for their spot at nationals, and (SPOILER ALERT) ended up taking home first place.

Union went on to appear in films like Bad Boys II, Think Like a Man, Top Five, and starred in TV shows like Being Mary Jane and L.A.'s Finest. Oh, and she is also an important part of one of Hollywood's cutest families!

Everyone's '00s crush Cliff Pantone was played by Bradford, who was Dunst's love interest in the film. Fans rejoiced when Cliff finally won Torrance over with his geeky charm and super-sweet mixtape.

As for Bradford, the actor went on to star in the thriller Clockstoppers as Zak Gibbs, Swimfan as Ben Cronin and played Harris Downey in the TV series Shooter.

Transfer student Missy Pantone, played by Dushku, may not have wanted to go the cheerleading route, but her sick gymnastic skills became clutch when Torrance needed to find someone to help revamp the team before nationals.

The actress went on to appear in TV dramas Tru Calling and Dollhouse. She also lent her voices to several video games, including "Saints Row 2," "Wet" and "Fight Night Champion."

The graduating senior, played by Sloane, led the Toros to several national championships (by using stolen routines from the East Compton Clovers for years) before handing over the baton to Torrance Shipman.

After Sloane kicked ass and took names as the fiery red head, she went on to appear in TV shows like The Stones, Help Me Help You and Playing House.

DeVoe played Lava, another member of the Clovers, and was also in the girl group Blaque with co-star Natina Reed.

By 2018, she put her acting and music career on hold to appear on season 11 of The Real Housewives of Atlanta. She stayed on for one season, then announced on Twitter that she would not return for season 12 for personal reasons.

Kramer played the feisty, outspoken Courtney, who famously exclaimed, "You're being a cheertator Torrance, and a pain in my ass!"

The star is now a mother of four, the founder of GeekNation and a podcast and radio host.

Bilderback played Courtney's BFF Whitney, who memorably consoled Torrance when she inherited the role as captain by saying, "No one will miss Big Red, Tor. She's puts the 'itch,' in 'bitch.' "

The actress has since appeared on TV in shows like Dawson's Creek, Heroes and Brooklyn Nine-Nine.

Reed was already famous for being a member of the girl group Blaque before she played Jenelope, one of the East Compton Clovers, in 2000.

However, in 2012, as the group was planning their comeback, Reed was tragically hit by a car and did not survive the accident. 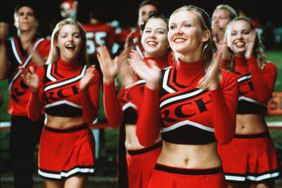 'Bring It:' The Best Quotes from Bring It On in Honor of the Film's 20th Anniversary 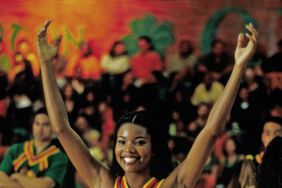 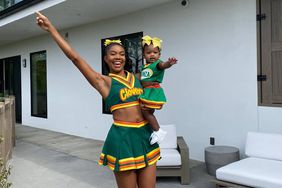 Parenthood? 'Bring It On' ! See Gabrielle Union, Kirsten Dunst and More of the Cast's Families

'Bring It On' Gets a Horror Movie Spin-Off on Syfy 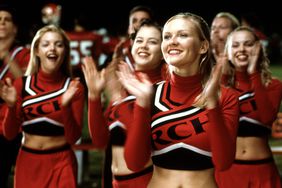 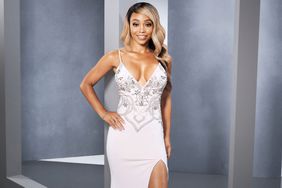