Brie Larson is giving Miley Cyrus a run for her money!

The Captain Marvel star, 29, shared a video of herself singing Cyrus’ “Slide Away” on her Instagram Stories on Tuesday. Larson sat close to the camera in a green polka-dotted dress as she strummed her blue guitar and sang the lyrics.

This isn’t the first time Larson has shown off her singing skills. In May, the actress covered Ariana Grande’s 2014 song “My Everything,” which she shared on her Instagram Stories at the time.

Before she was an Oscar-winning actress and Marvel superhero, Larson had a brief but successful music career. In the early 2000s, she nabbed a record deal, releasing tracks such as “She Said” in 2005 at only 16.

Cyrus, 26, has also walked the line between acting and singing, breaking out in Disney Channel’s Hannah Montana. The singer released “Slide Away” earlier this month after her separation from Liam Hemsworth became public. She performed the song publicly for the first time at the Video Music Awards on Monday night.

Cyrus and Hemsworth, 29, announced their split earlier this month in a joint statement eight months after they married. Hours later, photographs of Cyrus kissing her longtime friend Kaitlynn Carter were released.

Days after the song’s release, Hemsworth filed for divorce and cited “irreconcilable differences.” 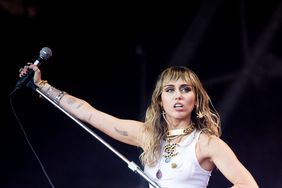 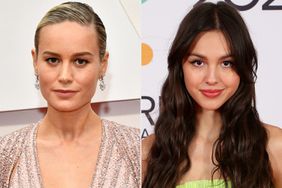 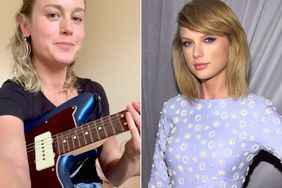 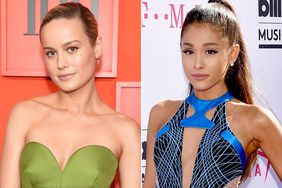