Bradley Cooper‘s next directorial effort is coming to Netflix.

The streaming service has officially acquired all the rights to the untitled Leonard Bernstein film that Cooper, 45, will direct, star in, and produce from the script he co-wrote with Josh Singer (Spotlight), Deadline reported Wednesday.

According to Deadline, the movie will span over 30 years and tell the complex story of Bernstein’s marriage to Felicia Montealegre.

Cooper made his directorial debut in 2018 with A Star Is Born, which he also starred in opposite Lady Gaga. The film earned eight nominations at the 91st Academy Awards, including Best Actor for Cooper, and won for Best Original Song with “Shallow.”

“Bradley’s directorial debut was nothing short of brilliant and he quickly cemented himself as a serious filmmaker,” Netflix Head of Film Scott Stuber said, per Deadline. “His strong passion and clear vision for bringing to life the relationship between the iconic composer Leonard Bernstein and his wife Felicia Montealegre promises to do their lives justice as only this renowned filmmaking team can. We are honored to be working with the Bernsteins to share their family’s story with audiences everywhere.”

The film is not considered a traditional biopic, being that it focuses on the relationship between Bernstein and Montealegre, according to Deadline.

As for Gaga’s next film, she’s set to make her big screen return in an upcoming film about the Gucci fashion family directed by Ridley Scott 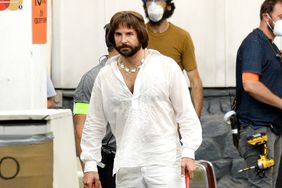 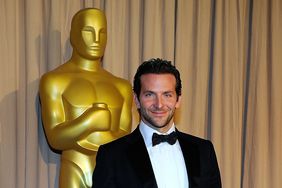