Looks like Brad Pitt didn’t have a spring fling with a professor after all.

Neri Oxman has “emphatically” denied ever dating the Oscar winner after the two were briefly linked in the spring, in a new profile in the New York Times.

Pitt, 54, and Oxman, 42, reportedly met through an architecture project at the Massachusetts Institute of Technology, where she works as a professor of media arts and sciences at the school’s Media Lab. Although Oxman put the rumors to rest in the article, she admitted to wanting to collaborate on a project with the actor.

Oxman described Pitt “as the last of the Mohicans in post-Netflix Hollywood” in the profile. “He brings together the timely and the timeless, which is what cinema is all about,” she added.

According to the NYT, Oxman is dating hedge funder William A. Ackman.

Oxman also admitted to having some fun with the publicity whirlwind she found herself in earlier this year. The former Israeli air force first lieutenant said she often left the Media Lab, where paparazzi were staked out, holding meaningful books that promoted scientific achievement.

“The Golden Record beats the Caviar quilted flap bag on any given day,” she said of the audio time capsule that went to Mars in 1977. “Toting the ultimate message to moon was my message in a bottle to the paparazzi. The Feynman Lectures [a physics textbook] followed.”

Though sources maintained the two were just friends, in a 2017 interview with W Magazine, Oxman used the actor — and his good pal George Clooney — as examples of the human tendency to idolize male icons.

Asked if she thinks the issue of male dominance is unique to her profession, she said, “For the same reason we have the Brad Pitts and the George Clooneys, it’s just part of human nature to idolize stereotypes.”

She added, “Such singularities are useful to the common perception of heroism. But it’s not only true for architecture; it’s true in musical composition, for females working in theater, for film directors. This isn’t just a disease of the architecture profession; it’s a phenotype of human culture and how we develop stereotypes and perceptions.”

Last year, a source told PEOPLE that Pitt has been “casually dating” since his split from Angelina Jolie in September 2016, adding, “He has been going out but there is nothing serious in the dating area at all, nothing to speak of at this point.” 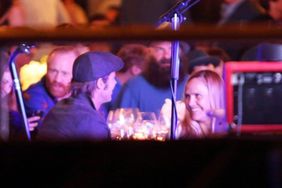 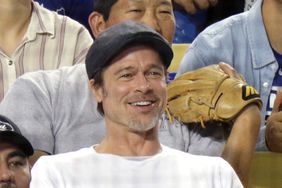 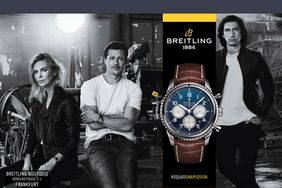 Brad Pitt and Charlize Theron Met 6 Months Ago on a Shoot: 'They Have Spent Time Together'