Brad Pitt poked fun at his own dating life and the U.K.'s decision to leave the European Union

Brad Pitt won big at the British Academy Film and Television Arts Awards, but the actor wasn’t at the award show to pick up his award.

Shortly before the London awards show was scheduled to begin, it was revealed that Pitt, who was nominated for best supporting actor for his role in Once Upon a Time in Hollywood, would not be attending the show, as had been expected.

Though Pitt, 56, was not physically at the award show, he did get a chance to show off his sense of humor as costar Margot Robbie accepted the award on his behalf and read his speech on stage.

“Brad couldn’t be here tonight due to family obligations, so he asked me to read his response for him,” Robbie said.

“He starts by saying, ‘Hey Britain. Heard you just became single. Welcome to the club!’ ” the actress said while reading Pitt’s jokes in his speech, which poked fun at his own dating life and the U.K.’s decision to leave the European Union became official this week.

“He then says, ‘Thank you to the Academy for this extreme honor.’ He says he’s ‘always been a bit intimidated over here given the Royal Academy of Dramatic Arts and the titans that have come before, so this is especially meaningful,’ ” Robbie continued.

Pitt’s acceptance speech also had a joke about another high-profile exit: Prince Harry and Meghan Markle’s decision to step back from royal life.

The actor joked he would be calling his award Harry because he was looking forward “to taking it back to America.”

A rep for Pitt did not immediately respond to PEOPLE’s request for comment.

Pitt’s BAFTAs acceptance speech comes after he made hilarious remarks at the Screen Actors Guild Awards.

Holding his statuette on stage, he began his acceptance speech by making light of his dating life, saying, “I’m gonna add this to my Tinder profile.“

Pitt also went on to playfully mock himself for taking on the “difficult” role of stuntman Cliff Booth. “Let’s be honest. It was a difficult part. A guy who gets high, takes his shirt off, and doesn’t get on with his wife. It was a big stretch,” he quipped — which got a laugh from real-life ex Jennifer Aniston, who also attended the award show.

Shortly after, Pitt went on to clarify that he wasn’t actually serious about being on Tinder.

“No, I’m not on it,” he said while attending the Santa Barbara International Film Festival Wednesday, where he was awarded the Maltin Modern Master Award.

“I’m not even sure how it works. I just thought it was funny to say,” he added. 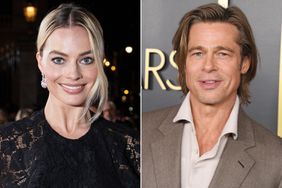 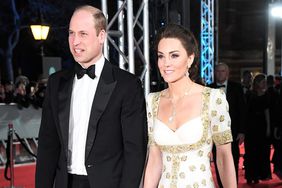 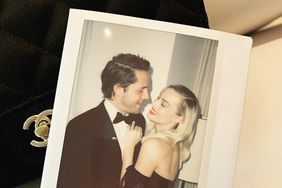