Brad Pitt was spotted at the rapper’s weekly gathering on Sunday, which was held in Watts, California.

Although the Once Upon a Time in Hollywood actor, 55, seemingly didn’t make an appearance in any of the many videos Kim Kardashian West and her sisters Kourtney Kardashian, Khloé Kardashian and Kendall Jenner shared from the outing, Pitt did pop up in several photos shared by fan accounts.

In one pair of images, West, 42, can be seen smiling as he shares a moment with the actor.

Pitt’s appearance at the Sunday Service was a spontaneous decision, according to TMZ, which also reported that this was the second time Pitt had attended the weekly concert.

On Thursday, the Keeping Up with the Kardashians star posted a cryptic photo on Twitter with the title of her husband’s new album, Jesus Is King.

The photo, which features a copy of the Bible opened to Psalm 57:6, a flashlight, a jar of lemons and multiple rough drafts, focuses on a sheet of notebook paper teasing the album title and a potential tracklist.

The list ends with a note of Sept. 27 — the album’s slated release date.

The artist was supposed to drop another album, titled Yandhi, in September 2018, but it was postponed until November and eventually delayed indefinitely.

Most recently, in July, West released the single “Brothers” for season 2 of the BET drama Tales. 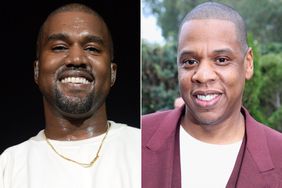 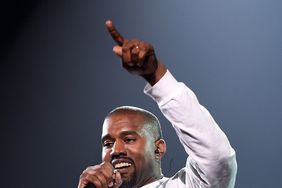