Brad Pitt is getting closer and closer to what could be his first Oscar in an acting category.

The Once Upon a Time… in Hollywood star, 56, has won an Oscar before in 2014 for Best Picture for producing 12 Years A Slave.

While Pitt has been nominated for acting Oscars in the past — for 12 Monkeys, The Curious Case of Benjamin Button, Moneyball and The Big Short — he’s never won one.

The actor is now heading into the final half of awards season with an Oscar nomination for Best Supporting Actor in Quentin Tarantino’s film.

Along the journey, Pitt has garnered a Golden Globe, a Screen Actors Guild Award and a National Board of Review award for his performance — and making headlines for his hilarious acceptance speeches.

Here’s a look back at Pitt’s previous speeches and award wins.

Pitt’s first major award win came with his role as Jeffrey, a mental patient, in the 1995 film 12 Monkeys.

The actor won his first Golden Globe Award for his performance in 1996, just one year after earning his first nomination for Legends of the Fall.

Pitt appeared stunned by the win, telling the audience at the time, “Oh no.”

“Thank you to the Hollywood Foreign Press for this moment of absolute terror,” he joked, going on to thank the film’s producers, director and writer.

He also thanked his costar, “Big Bad Bruce Willis, [you’re] truly insane,” as well as his then-fiancé Gwyneth Paltrow, calling her “my angel” at the time.

Pitt’s next Oscar win came in the form of Best Picture for 12 Years A Slave, which he produced with his company Plan B and which was directed by Steve McQueen.

The actor took the stage at the Academy Awards after the win along with the cast and McQueen, saying, “Thank you all, thank you for this incredible honor you’ve bestowed on our film tonight. I know I speak for everyone standing behind me that it’s been an absolute privilege to tell Solomon’s story.”

Pitt also thanked McQueen, saying, “We all get to stand up here tonight because of one man who has brought us all together to tell that story. And that man is the indomitable Mr. Steve McQueen.”

McQueen also thanked Pitt, saying it was his help that pushed the film forward into production and, later, theaters.

“Without him, this film just would not have been made,” McQueen said of Pitt.

3. Pitt proved his acceptance speeches could be gracious and hilarious.

The actor’s sense of humor shines through when he accepted the Golden Globe Award for best performance by an actor in a supporting role in a motion picture earlier this month for his role as an aging stunt double in Tarantino’s latest film.

The actor beat out Tom Hanks, Al Pacino, Joe Pesci and Anthony Hopkins although he gave thanks to them in his speech.

“When I was starting out, these names that were just listed, were like gods to me. This is an honor in itself,” Pitt started his acceptance speech, praising his fellow nominees.

“I want to say hi to my folks, because, hey, they’re back in the Ozarks,” Pitt continued. “I wanted to bring my mom — but I couldn’t because anyone I stand next to they say I’m dating. And that would just be awkward.”

He also turned his attention to his Once Upon a Time … in Hollywood costar Leonardo DiCaprio.

“I also have to thank my partner in crime, LDC,” Pitt said. “Before The Revenant, I used to watch, year after year, his costars accept awards and thank him profusely. I know why. He’s an all-star, he’s a gent and I wouldn’t be here without you, man. I thank you.”

“Still, I would’ve shared the raft,” he added in a winking reference to the undying debate around DiCaprio’s character’s death in Titanic, about the ship door being big enough for him to share with Kate Winslet‘s character.

4. He almost broke the Internet by joking about Tinder.

Just two weeks after snagging the Golden Globe, Pitt won the Screen Actors Guild Award for his performance — and might have also won the award for best speech, as well.

Holding his statuette onstage, Pitt began his acceptance speech by making light of his dating life, saying, “I’m gonna add this to my Tinder profile.”

Pitt then thanked his “brothers” and “sisters” in the acting community as well as his Once Upon a Time… in Hollywood castmates. When listing off his female costars, the star took the time to poke a little fun at director Tarantino while giving a shoutout to costars Margot Robbie, Dakota Fanning and Margaret Qualley — thanking them for their bare feet.

“Seriously, Quentin has separated more women from their shoes than the TSA,” he joked. “Now, we all know what we do is a team sport and we elevate each other,” he continued. “And I got to work with some amazing, amazing people.”

With his winning streak, it seems likely Pitt will also win the Oscar for Best Supporting Actor — and might come up with yet another rousing speech to match. 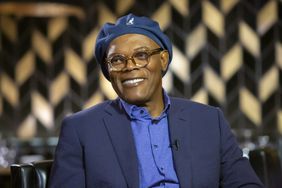 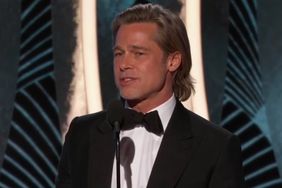 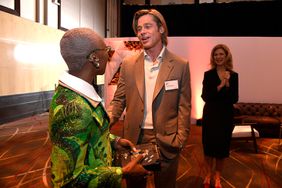 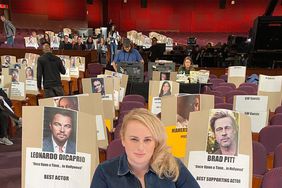 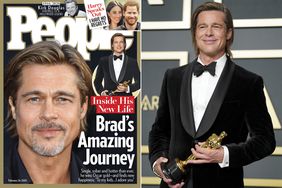 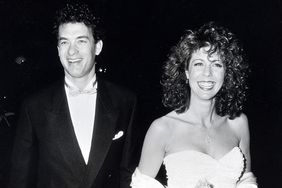 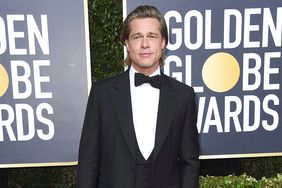