A source close to Pitt shoots down reports the actor is dating Sienna Miller and Elle Macpherson.

Brad Pitt is single again — and inevitably, rumors about potential romances are flying. But a source close to the actor is shooting down rumors about two supposed new flames.

Despite a report that the World War Z actor was cozying up to former supermodel Elle Macpherson on a date in Hollywood, a source close to Pitt tells PEOPLE, “He is not seeing Elle and wasn’t in the country when this ‘date’ took place.”

Likewise, the source put the kibosh on rumors that Pitt, 53, is dating Sienna Miller, who starred in the Pitt-produced thriller Lost City of Z. Miller, 35, shot down similar reports back in April, after she and Pitt were spotted at a cast dinner together in Los Angeles after the film’s premiere.

At the U.K.’s Glastonbury music festival this weekend, Miller and Pitt were among a group of stars, including Bradley Cooper, who took in performances from the VIP party.

“They were part of a group and have Bradley Cooper as a mutual friend,” the source explains.

Pitt and Angelina Jolie split last September after 12 years together. In April, an insider told PEOPLE that Pitt “has been dating a bit,” but “it’s not anything serious. He doesn’t have a girlfriend. It’s more of a way to get out and be social.” 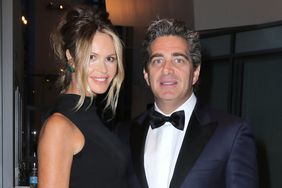 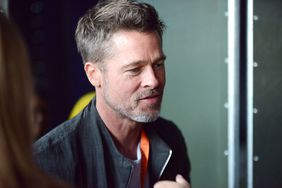 Brad Pitt Gets Photobombed by Bradley Cooper at Glastonbury Festival