Brad Pitt wants to keep the legal proceedings in his ongoing divorce from Angelina Jolie out of the public eye.

Pitt has requested an emergency hearing to have all divorce documents sealed, PEOPLE has confirmed. This would ensure that any forthcoming information about their ongoing custody battle over their six children would remain private.

A source with knowledge of the situation tells PEOPLE that Pitt’s request is in the best interest of the family and that the actor disagrees with the way Jolie has handled the divorce in the media.

“Angelina has consistently made public statements and public filings throughout this process. He has not,” says the source. “All he is saying—and any therapist would agree here—is that he wants to do what is in the best interests of his children, and his entire family, including her, frankly. And that is to keep this private. It is inconceivable why anyone would argue against this being private. What is the argument for having it public? Why would you want any details about this incredibly difficult time to be broadcast to the whole world?”

But a second source stresses that the family’s privacy, including Pitt’s, remains a priority for Jolie.

“Of course Angelina does want to keep things private. That’s why details of what really happened on the plane have not been made public.”

The hearing is scheduled for Wednesday.

The request comes just days after Jolie filed new court documents outlining her current custody arrangement with Pitt. But sources told PEOPLE that nothing has changed since the couple first made the agreement in October.

RELATED VIDEO: Brad Pitt Had a ‘Restful and Relaxing’ Thanksgiving in Turks and Caicos After Angelina Jolie Split: Source

“There was no reason to file what she did on Monday publicly,” says the source with knowledge of the situation. “It changes nothing to do it privately; he has never said a thing about their current agreement publicly so there was nothing for her to fight against publicly, and yet she is doing it anyway.”

However, the second source sheds some light on why Angelina filed on Monday in the first place.

“The reason Angelina filed was because Brad wasn’t willing to truly adhere to the advice and guidance of the therapists, who have experience in working with kids who were traumatized, like they were on the plane,” the source tells PEOPLE. “What he wants to do is change the custody arrangement the therapists are recommending. Therapists are saying, ‘Brad, cool your jets. The kids need time to heal.’ He’s saying, ‘Bull—-, I want to see my kids when I want to see them and I want to see them alone.’ She filed because of that.”

The first source maintains that Pitt—who filed a request for joint custody on Nov. 4 but has had made no further statements or filings since— remains committed to doing what is best for his family and is waiting for the time being before requesting any further changes to the current arrangement.

“The agreement that is being referred to here was reached during investigations that have since cleared him,” this source continues. “Brad simply wants all further discussions about such matters to remain private, and is understandably hopeful that any parent would want that.” 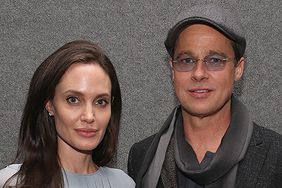 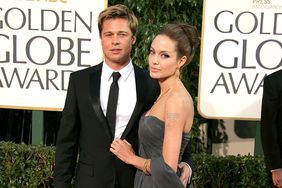 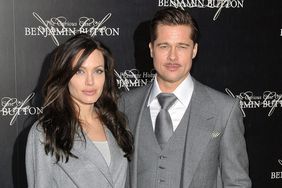 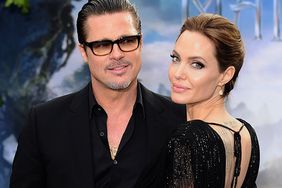