You'll never believe what their new movie is really about

They finally tied the knot. Now, Brad Pitt and Angelina Jolie are heading to their honeymoon – and it’s a sexy mix of work and play.

Pitt, 50, has been doing press in London (where he gave a peek at his new wedding ring!) for his upcoming World War II drama, Fury. But the actor is expected to soon join Jolie, 39, in Malta, where she is prepping for their first onscreen reunion since 2005’s Mr. & Mrs. Smith.

Here’s where things get really interesting: The film, By the Sea, which has been described as "an intimate, character-driven" drama and was written by Jolie herself, is far from family-friendly. Pitt and Jolie play a married couple in the south of France who become sexually obsessed with their neighbors. (One of the neighbors is played by French actress Mélanie Laurent, who costarred with Pitt in 2009’s Inglourious Basterds.)

“I wrote something a few years ago for Brad and me,” Jolie told PEOPLE in May of her script for By the Sea. “Just for fun. Just an independent little art piece. Because we don’t get to do those as much as we’d like. But it’s something really small and experimental.”

The couple have gotten tantalizingly personal in the past, with Pitt telling CBS This Morning in 2012 that Jolie “is still a bad girl. Delightfully so. It’s not for public consumption.”

His comments came after Jolie expressed the same sentiment to 60 Minutes, revealing, “I’m still a bad girl. I still have that side of me. It’s just in its place now … It belongs to Brad.”

Brad And Angelina: A Love Story 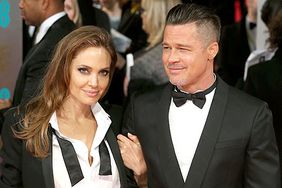 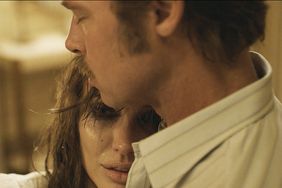 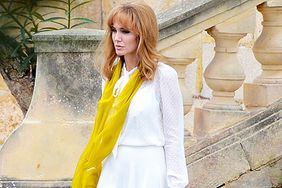