Blake Lively suffered a hand injury that halted production for 6 months while filming the upcoming Rhythm Section, out Jan. 31

Blake Lively had one gnarly injury on the set of her new action film The Rhythm Section.

Lively stopped by Good Morning America to talk about the movie on Tuesday, in which she stars as a woman heading down a violent path of revenge after her family is killed in a mysterious plane crash.

Directed by The Handmaid’s Tale‘s Reed Morano, the movie features several long action sequences shot in one take to capture the tense anxiety — and Lively suffered a major injury while shooting one of them.

“We were doing all of our own stunts. One-shot fight sequences, which is how I shattered my hand,” Lively, 32, explained. “We shut down for six months. My hand basically turned to feta cheese.”

She continued, “I was lunging towards Jude Law with my fake rubber knife and my hand collided with his elbow and I broke some things, dislocated some things and severed a ligament. It was pretty intense. But that’s why you guys have to see this movie, out of sheer guilt. I gave my right hand for something!”

Lively poked fun at herself for the injury in a video she shared on her Instagram Stories last month. The funny clip showed her lying in a hospital bed with her arm in a sling after she was injured in December 2017.

“Literally 4 weeks after I said, ‘I’d give my right hand to be in this movie!’ (Good thing no one told me to ‘break a leg’),” Lively wrote.

The video shows Lively slowly opening her eyes as she hears the notes to “Wild Thing” by Tone Loc. She gave a shout out to husband Ryan Reynolds for knowing just how to wake her up post-surgery.

“My husband somehow knew ‘Wild Thing’ would be my version of smelling salts. I’ve never felt so seen. Or high,” she wrote. “Also… I have zero recollection of this.” 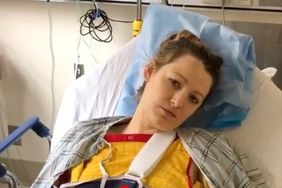 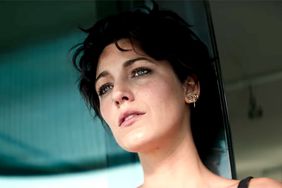 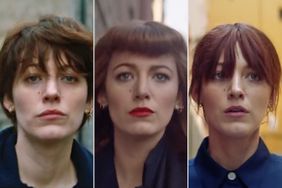 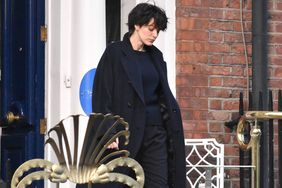 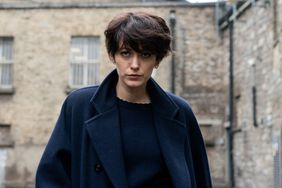 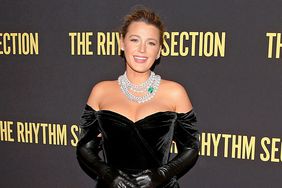