Billy Crystal, Who's Hosted the Oscars 9 Times, Jokes About This Year's Show: 'Were They On?'

Billy Crystal may have hosted the Academy Awards nine times during his career, but he wasn't exactly glued to his television for this year's show.

During an interview with the New York Post, published Thursday, the 73-year-old actor and comedian was asked whether he tuned in to the Oscars on April 25.

"Were they on?" Crystal quipped, before going on to say he'd "rather talk about" his new movie Here Today, which he directed and costars in alongside Tiffany Haddish.

The Best of Billy Crystal at the Oscars: How Did He Do?

Crystal first hosted the Oscars in 1990, and last took the stage as host at the 94th Academy Awards in 2012.

The actor chatted with PEOPLE last year amid the release of his film Standing Up, Falling Down, during which costar Ben Schwartz jokingly told him of potentially hosting one more time, "You need to get that 10."

He also recalled his post-1998-Oscars call with Johnny Carson, in which the comedy legend told Crystal he did a "sensational" job hosting that year.

"He said all of these lovely things ... I get emotional thinking about it. It was so important to me," Crystal went on. "[It] was really one of the great experiences of my life."

In his interview with the Post, the Emmy- and Tony-winning star also touched on cancel culture, saying, "It's a totally different world [now] and it doesn't mean you have to like it."

"It's becoming a minefield and I get it," The Princess Bride actor said. "I don't like it, I understand it … I just keep doing what I'm doing and that's all you can do right now."

Here Today in is theaters now. 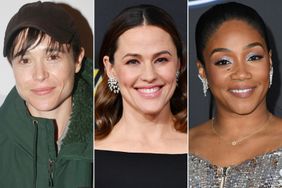 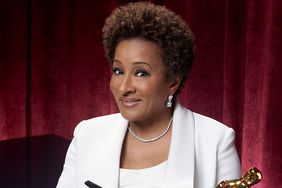