The actor, 69, serenaded a massive stuffed bear on Friday as the Chicago Cubs played the Milwaukee Brewers in one of the MLB's first games back since the season's delay in March due to the novel coronavirus (COVID-19) pandemic.

In a video shared by the Marquee Sports Network, the Illinois team's home network, Murray led fans in song, as would usually happen during the seventh inning with fans in the stands.

"All right everybody!" the Groundhog Day actor shouts as he clutches the big stuffed bear close. "We gotta hear you sing! We want to hear you all the way out to the center field scoreboard!"

Murray then counts down and launches into a spirited rendition of "Take Me Out to the Ball Game," swaying with his stuffed bear — turning its face to his when it's time to sing "let me root, root, root for Chicago!"

"Let's get some runs!" Murray exclaimed after the song.

The Cubs ended up beating the Brewers Friday night, 3-0.

Murray is a noted Cubs superfan — the actor popped champagne with the team when they won the World Series in 2016.

"I think it's great. It's about time," he said after rushing the field following the historic win, which ended a more than a century-long drought for the team. "The Sox have ruled our world for too long."

"I think everyone feels happy, it's a great relief," he added.

Professional baseball made its comeback on Thursday night, albeit for a shortened season, with a doubleheader on ESPN featuring games between the New York Yankees and Washington Nationals and the San Fransisco Giants and the Los Angeles Dodgers. 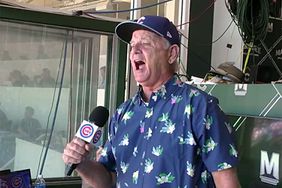 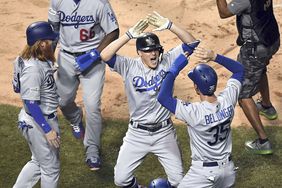 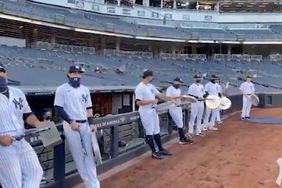 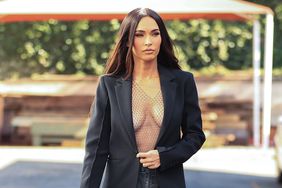