Bette Midler Confirms Hocus Pocus Cast Has Been Asked Back for Sequel: 'All of Us Said Yes'

"They want to make a movie, they've asked us if we were interested and of course, all of us said yes," Bette Midler said

The Sanderson sisters are staging a comeback!

Last year, news broke that Disney is developing a sequel to its 1993 cult classic, Hocus Pocus, which starred Bette Midler alongside Sarah Jessica Parker and Kathy Najimy as a trio of witches who are accidentally resurrected on Halloween by a group of children.

In a recent interview with FOX 5, Midler, 74, confirmed that she, Parker, 55, and Najimy, 63, have all agreed to star in the highly anticipated sequel.

"They want to make a movie, they’ve asked us if we were interested and of course all of us said yes," said Midler. "I’m game, I’m totally game."

Midler had previously expressed her desire to be involved in the sequel, telling Entertainment Tonight this month that she would "absolutely" be up for reprising her iconic role as Winifred Sanderson in the follow-up film, adding, "I can't wait to fly!"

Earlier this year, Variety reported that Adam Shankman was chosen to direct Hocus Pocus 2 for Disney+. The director has previously led movies like 2007's Hairspray, and the Step Up franchise.

Hocus Pocus bombed at the box office when it was first released, but became a Halloween favorite among families over the years thanks to countless re-airings on television. This year alone, it is scheduled to play a whopping 14 times during Freeform’s annual "31 Nights of Halloween."

Last year, Midler also spoke about potentially starring in a follow-up feature to the movie, telling ET in a previous interview, "Oh my goodness me. Oh, I hope they get to me before I’m a corpse."

"We wanna fly again," she added. "I hope Disney+ is a big success and I hope we get to do it, because [Winifred] is of course one of my favorite characters ... I can’t wait to read the script. We’re gonna see what happens."

On Monday night, Midler and her witch sisters reunited to cast a spell on their fans to get out and vote in the upcoming 2020 election on Nov. 3.

"It's a very big deal, this election, obviously," Parker said during their reunion. "Part of me feels that, because so many young people felt disenfranchised in the last election for whatever reason, my fervent hope is that those that sat out will decide that, even if a candidate can't get them to the exact destination point, the opportunity to get so much close to where they know this country needs to be."

The trio will reunite again in a couple of days for Midler's annual Hulaween fundraising gala taking place on Oct. 30. 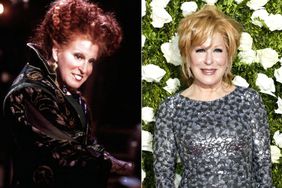 Bette Midler Has Seen the Outline for Hocus Pocus 2: 'All Of Us Agreed That It Was Pretty Great' 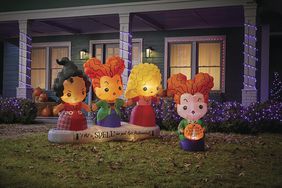 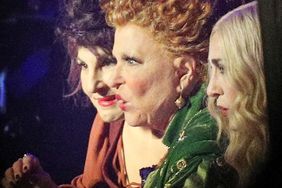 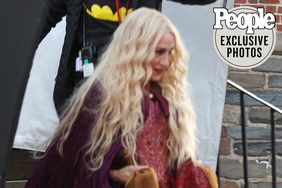