Bette Midler once told Barbara Walters that Geraldo Rivera had groped her in the 1970s.

A video of the 1991 interview resurfaced Wednesday after Rivera defended TODAY show anchor Matt Lauer who was fired for alleged sexually inappropriate behavior.

Midler revealed the alleged incident to Walters after the veteran journalist asked about Rivera’s claim that he and the stage star had a sexual encounter.

“Geraldo and his producer came to do an interview with me, in the ’70s, the early ’70s,” Midler said. “And this was when he was very, sort of, hot. And he and his producer left the crew in the other room, they pushed me into my bathroom, they broke two poppers and pushed them under my nose and proceeded to grope me.”

(The word “poppers” is slang for the recreational drug alkyl nitrite.)

Walters cocked her head to the side and looked shocked as she asked, “Grope…?”

Midler nodded and said, “Groped me. I did not offer myself up on the altar of Geraldo Rivera. He was… he was unseemly.”

PEOPLE has reached out to Midler’s and Rivera’s representatives for comment but has yet to receive a response.

While a high profile star accusing another celebrity of groping her would be taken very seriously today, when the interview aired more than 20 years ago, it did not cause any major scandal.

Rivera, 74, addressed the encounter in his 1991 memoir called Exposing Myself, which was reviewed by the Washington Post at the time. A short line about the encounter was excerpted, in which Rivera wrote, “We were in the bathroom, preparing for the interview, and at some point I put my hands on her breasts.”

In an interview with the Post for the review, Rivera said, “I went to bed with a lot of people in my life. With all the private people, their names were either changed or they were used with their permission. With the public people, like Bette Midler and Margaret Trudeau and Marian Javits, they live their lives on the public stage, and much worse things have been written about them. I don’t think it’s that slanderous a statement to say that somebody made love to me 15 years ago.”

The news reporter defended Lauer, 59, on Wednesday after the NBC host was let go due to alleged inappropriate sexual behavior throughout 2014, including at the Winter Olympics in Sochi, Russia.

“Sad about @MLauer great guy, highly skilled & empathetic w guests & a real gentleman to my family & me,” he tweeted Wednesday. “News is a flirty business & it seems like current epidemic of #SexHarassmentAllegations may be criminalizing courtship & conflating it w predation.”

He added: “#SexHarassment should be confined to situations where superior imposes himself on subordinate who feels unable to complain because of power of perp or feared consequences to victim’s employment. Shouldn’t be used to get even w bad bosses or hated ex’s.”

Following his tweets, Fox News issued a statement about Rivera: “Geraldo’s tweets do not reflect the views of FOX News or its management. We were troubled by his comments and are addressing them with him.”

After receiving backlash from this tweets, Rivera tweeted again, apologizing for his earlier comments.

“Reaction to my tweets today on #sexharassment makes clear I didn’t sufficiently explain that this is a horrendous problem long hidden-Harassers are deviants who deserve what is coming to them-Often victims are too frightened to come forward in a timely fashion-I humbly apologize,” he wrote.

NBC announced early Wednesday that Lauer had been fired after the network received a “detailed complaint from a colleague about inappropriate sexual behavior” on Monday, with reason to believe “this may not have been an isolated incident.” 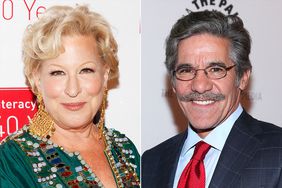 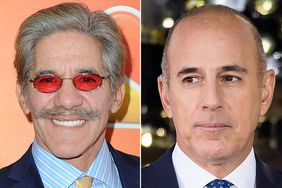 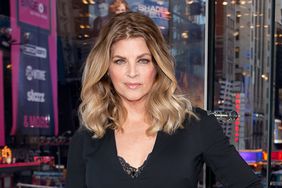 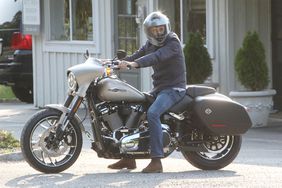