A new Jurassic age is upon us. This week, moviegoers will get to take in Jurassic World, the newest sequel to the original Jurassic Park. Look forward to this new Jurassic movie inspiring memes, tribute videos and all manner of fan-made online content, because that’s par for the course today.

But here’s the funny thing about the original Jurassic Park: It was released back in 1993, well before the era of DIY Internet culture. Its age, however, has not prevented it from having a major online presence today. In fact, in terms of fan-created content, Jurassic Park may be one of the most generative movies of all time, and the series, by extension, one of the most Internet-friendly ever.

Hollywood has done its part, of course. There have been so many homages to Jurassic Park‘s iconic scenes that it’s not in the least unusual to see callbacks in new movies and TV shows 22 years later.

(Check out that Naked Gun parody that starts around 6:40. The young actor Tim? It’s SNL star Taran Killam in his first on-screen role.)

But it’s a testament to the power of the series that Average Joes have been doing the same, often on shoestring budgets, just because they love the movie enough that they want to put their own spin on it.

For example, one of the best tributes ever was produced only recently. It’s an all-Lego creation that one Jurassic Park-loving dad did as a fun way to collaborate with his 8-year-old daughter, who’s just one of many second-generation fans of the film.

The video game Minecraft didn’t even exist until nearly 20 years after Jurassic Park hit theaters, but it too has been used to reimagine the movie in blocky glory.

The “Everything Wrong with ” team has also turned its critical eye on the movie. It’s a loving takedown, but much as the team did with "Everything Wrong with Frozen," they do a great job picking out all the flaws and inconsistencies even superfans probably haven’t noticed.

And along similar lines, the movie also got the Honest Trailers treatment.

The “How It Should Have Ended” response underscores a few logical problems involving guns and severed arms.

For College Humor’s take on the movie, actor Martin Ferrero actually reprised his role as the ill-fated lawyer – and has a harsh realization about being the most expendable character in the film.

YouTube singer Brett Domino is one of many to give lyrics to John Williams’ famous Jurassic Park theme.

There’s also an animated, fully Auto-Tuned musical. (Warning: There’s some NSFW lyrics in this one.)

Ever feel like Wayne Knight’s villainous character died too soon? Well, good news: One of his scenes got a dance remix. No, we don’t know why, but we’re happy it exists.

Also getting the remix treatment? Jeff Goldblum’s laugh, which has a considerable online following of its own.

In fact, there’s also a 10-hour clip of nothing but that laugh, looped. TEN HOURS, people.

If you ever had any doubt that people really love dinosaurs, check out this video, which forgoes the CGI dinos from the film in favor of humans doing their best impressions.

But the best human take on velociraptors can’t hold a candle to cats-as-raptors.

And yes, there is one with a dog.

Perhaps you’ve always found those rampaging dinosaurs a little too scary. One video seeks to fix that, by dubbing over those beastly roars so that the dinos are all saying “hey.” So friendly!

Even the piddliest of Jurassic Park tributes can find online glory. For example, this melodica cover of the movie’s theme song has become the punchline in the below video, which since going live in 2012 has been viewed 7 million times.

Someone has even spliced together Jurassic Park with a scene from Ace Ventura: When Nature Calls. You know which scene. Yes, that scene.

Long before Jurassic World hit theaters, the Internet cobbled together a mash-up between the trailer and that TV show that gave us Chris Pratt, Parks and Recreation.

There’s also a completely surreal version of the trailer that should make you ask why the real version of Jurassic World doesn’t have raptors riding motorcycles.

In case you yearn for the early-’90s operating systems of the movie, know that someone has re-created them at jurassicsystems.com. (There’s a list of functional commands here, in case your knowledge of obsolete computers is a bit rusty.)

And perhaps most important, there are memes aplenty. The "Philosoraptor" meme, while not explicitly Jurassic Park-related, probably wouldn’t exist if the film hadn’t made raptors everyone’s favorite thinking dino. Undeniably Jurassic Park-spawned, however, is the clever girl meme, used to high-five anyone demonstrating intelligence – male or female, velociraptor or non-velociraptor.

We’ll just leave you with this GIF of Jeff Goldblum, which deserves more online fame than whatever it’s already achieved.

Are You Ready for Jurassic World? 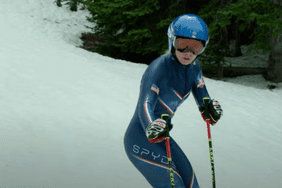 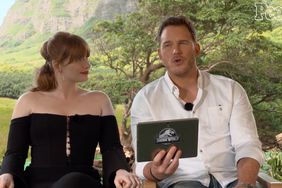 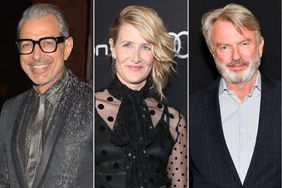