Benedict Cumberbatch is deep into his latest role covering one of the biggest decisions in Britain’s history.

The British actor, 41, was spotted filming the upcoming series Brexit about the country’s controversial vote to leave the European Union in 2016. The Sherlock Holmes star plays Dominic Cummings, who served as campaign director for Vote Leave that instigated the referendum.

The 120-minute series is written by James Graham, who already dipped his toes into politics with the 2015 play The Vote, centered around the 2015 general election. 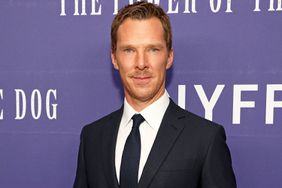 Benedict Cumberbatch on 'Interesting' Power of the Dog Nude Scenes: 'Literally Exposing Myself'