With only a few weeks left until school starts, Ben Affleck is spending as much quality time with his kids as possible.

After a weekend full of crafting and shopping at the farmers market, the family embarked on another outing, this time to a local farm just outside of Los Angeles.

(Affleck is with the kids in L.A. while their mom, Jennifer Garner, wraps production of her film Miracles from Heaven in Atlanta.)

On Monday, Affleck was spotted with his three children, Violet, 9, Seraphina, 6, and Samuel 3, at Underwood Family Farms in Moorpark, California.

“At the farm, Ben and the kids did tons of fun activities,” a source told PEOPLE.

“They rode the cow train and shopped for fruit and vegetables. They rode ponies and took a tractor ride though all of the crops.”

As they wandered around the farm, Affleck carried Sam on his shoulders.

He even joined the kids and took a ride down the tractor slide. “Ben looked like he had as much fun as the kids did,” said the source.

“This is them keeping a normal life, keeping the family solid,” adds a source close to couple. “He flew back to be with the kids this weekend.”

Since announcing their divorce earlier this summer, Affleck and Garner have shown a united front for their children.

They have gone on numerous family outings where they have been seen laughing and talking, even amid painful allegations that Affleck had an affair with ex-nanny Christine Ouzounian. Affleck’s rep vehemently denies the allegations.

“He’s happiest when he’s with his family,” says a close friend.

And despite personal heartbreak, “Jen will always make sure that Ben spends as much time with the kids as he wants,” a family source told PEOPLE. 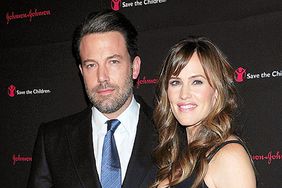 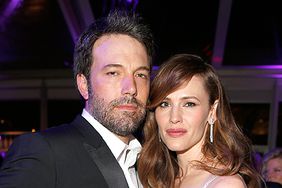 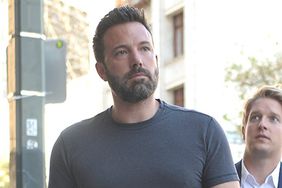 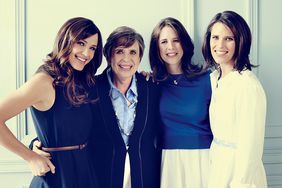