Native Bostonian Ben Affleck ponders an age-old question: What is the best Boston accent in film?

When it comes to accents frequently featured in film, the Boston accent is a shining star. From The Departed and Good Will Hunting to Manchester by the Sea and Live By Night, Hollywood has a love affair with the Boston setting and its local tongue. Not all Boston movie accents are created equal, however — just ask expert/native Bostonian Ben Affleck.

PEOPLE caught up with the actor-director recently and asked him to weigh in on Boston-born sports writer Bill Simmons’ recent claim that Matt Damon‘s accent in Good Will Hunting is indeed “the greatest Boston accent that’s ever been captured in a movie by an actual actor.” And if not, whose is?

“Mine, in Good Will Hunting,” Affleck says. “Way better than Matt’s. I can’t believe he singled out Matt Damon’s as better than mine? Did he see the movie? He’s older, he’s losing it.”

We informed Affleck that when we asked Damon the same question, he admitted that both Affleck brothers had great Boston accents in their Oscar-winning film.

For much more on Ben Affleck, pick up PEOPLE’s latest issue, on newsstands Friday.

Affleck says his younger brother, who just won a Golden Globe award for his performance, is “on cruise control” when it comes to handling the pressure of a potential Oscar race.

“He didn’t need any advice from me, he’s got it all under control,” says Affleck. “He’s on cruise control, he’s doing great, he’s handling it great, and I’m pulling for him.”

And what’s the most enjoyable part about watching him gain all this momentum and recognition?

“It’s just so exciting to see a guy who I always knew was so talented — I put him in my first movie as the lead, I knew what he could do. To see him get the opportunity to stretch and play that range and do all those interesting things with that character is, I feel like, I don’t know, it just makes me happy.” 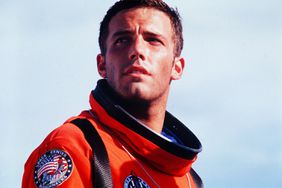 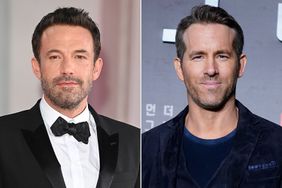