Ben Affleck is the first one on set and the last to leave, a source tells PEOPLE of the actor-director's new film, Live by Night

True to the title of his new film Live by Night, Ben Affleck has been working around the clock on his latest directorial effort.

“Ben has spent every possible hour of the day working,” a source on the set tells PEOPLE. “He is the first to arrive in the morning, sometimes as early as 5 a.m., and the last to leave at night.”

The Argo filmmaker, who split from Jennifer Garner in June, wrote the script for the film, and is also directing and starring in the project. The movie takes place in the 1920s, and Affleck has been spotted on the Brunswick, Georgia, set wearing suspenders and short neckties with his suits, along with various fedoras pulled low over his eyes.

“After every shot, even the ones he is not acting in, he has to go back to base camp and go through the screen monitor to make sure it is perfect,” the source adds, noting that “he has not been spotted enjoying the towns in Georgia because he simply has no free time.”

Clearly proud of the project, Affleck blasted out a photo of his screen monitor to social media on Oct. 28. “First day. First shot. #livebynightmovie,” he captioned the photo, which features him walking with a young boy along a wooden pathway in a marsh.

Although the shooting began in Brunswick, Georgia, Affleck added a personal touch to the production by filming scenes at his Hampton Island home, where he’s been seen living with his personal trainer and dog.

The film, which is based on Dennis Lehane’s award-winning novel and focuses on a group of individuals living in a world of crime in the Prohibition era, also stars Sienna Miller, Zöe Saldana, Elle Fanning and Chris Cooper.

Although an official release date has yet to be set for the movie, it’s expected to hit theaters sometime in 2017. 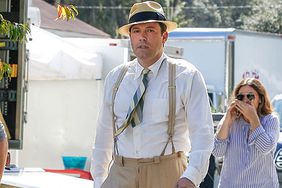 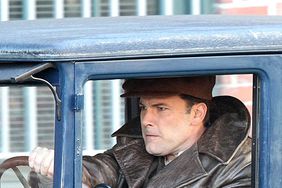 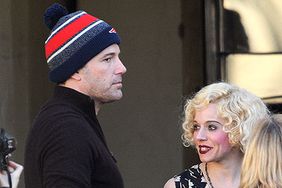 Ben Affleck Is Not Having an On-Set Romance with Sienna Miller: 'Ben Has Acted Very Professional,' Source Says 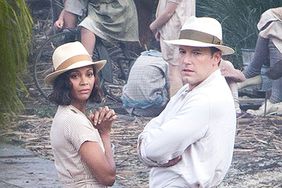 Ben Affleck Hosts a Barbecue Party at His Coastal Georgia Estate Amid Nanny Scandal: Inside His Private Getaway 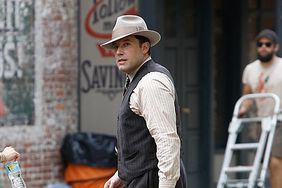 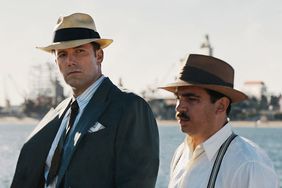