"They are incredibly happy when they are together," an insider tells PEOPLE of the couple, who reconnected this year

After spending the weekend together in Los Angeles, California, Affleck, 49, brought Lopez, 52, to the airport for a flight to Vancouver on Sunday. While on the tarmac, the pair shared a passionate kiss before they parted ways.

A source tells PEOPLE that it's "difficult" for the couple to be apart from one another.

"Jennifer and Ben spent the weekend together in L.A. They still have intense work schedules, but are finding time for each other whenever they can," the source says. "Several times, Jennifer flew to Austin for only a few hours before she had to return to filming in Vancouver. It's difficult for them to be apart."

"They are making it work though. They are incredibly happy when they are together. It's like the distance has made them appreciate their relationship even more," adds the insider. "Jennifer keeps gushing about how amazing Ben is. He makes her very happy."

Affleck and Lopez first got engaged in 2002 but they postponed their 2003 wedding days before they were set to walk down the aisle. The duo then officially split by January 2004.

They rekindled their love earlier this year and have been inseparable ever since making their official red carpet return at the Venice Film Festival in September.

That same month, a source told PEOPLE the couple is looking forward to seeing each other more, noting that while the two have a lot of work coming up, they "plan on spending the holidays together."

"They will both get a break. For Jennifer, Christmas is all about the kids," the source told PEOPLE. "She makes it very special for them. She loves Christmas." 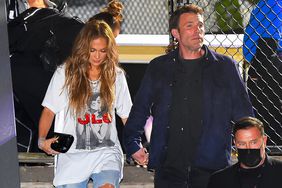 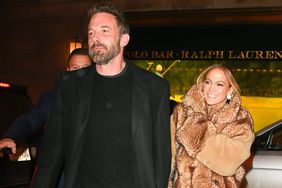