Ben Affleck stepped out for dinner in Los Angeles with a longtime friend.

The actor, 47, was spotted heading to the high-end Italian restaurant Giorgio Baldi on Tuesday night before meeting with Laurene Powell Jobs, who was married to Apple creator Steve Jobs before his death in 2011.

An Affleck source tells PEOPLE, “They have been friends for a long time.”

Affleck looked laid back in blue jeans, a black T-shirt and a leather jacket while Powell Jobs wore a black dress and a gray cardigan. The duo ate and spoke for almost three hours before parting ways at the end of the night.

The two have worked together on Affleck’s nonprofit organization Eastern Congo Initiative since 2010 — Powell Jobs was an early investor in the initiative, which provides grants and international advocacy for community-building initiatives in the Democratic Republic of Congo.

In 2011, Affleck and Powell Jobs spoke at a panel together for the Global Philanthropy Forum about the actor’s initiative.

Affleck has led a relatively low profile in the past few months. The father of three also celebrated one year of sobriety in August with a source previously telling PEOPLE he is “in a great place both in his recovery and life.”

“He is very open about how challenging it is for him and works on his sobriety daily,” the insider said. “Ben thinks of alcoholism as a disease — you shouldn’t be ashamed of a disease.”

Affleck has also been spending quality time with his family, including his and Jennifer Garner‘s three kids Violet, 13, Seraphina, 10, and Samuel, 7.

Kevin Smith on Reuniting with Ben Affleck After Major Fallout: I Got My ‘Friend Back’

“They both take their job as coparents very seriously,” said the insider of the former couple, who finalized their divorce late last year.

As for his career, Affleck can be seen making a cameo appearance in Kevin Smith’s upcoming Jay and Silent Bob Reboot, as well as a basketball drama The Way Back, set for release in March 2020. He’s also reuniting with his friend and writing partner Matt Damon for Ridley Scott’s 14th-century drama The Last Duel.

Who Is Jeff Bezos' Girlfriend? All About Lauren Sanchez 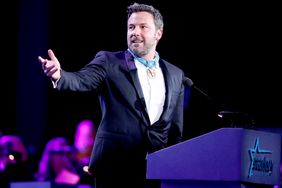 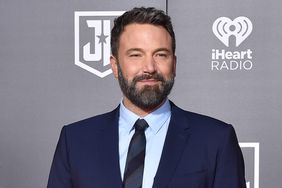 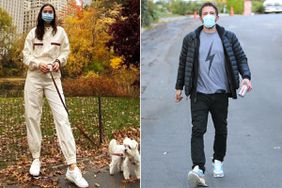 Ana de Armas Shares Photos of Herself in N.Y.C. as Ben Affleck Stays in L.A.