A troubled teen chooses to attend a Christian summer camp, where he falls in love and heals the wounds of his past

A Christian summer camp turns out to be the best way to heal a troubled teen in Netflix's A Week Away.

PEOPLE has an exclusive first look at the trailer for the upcoming Netflix musical, hitting the streamer on March 26. Three songs from the movie's soundtrack will also be released on Friday.

The movie musical follows Will (Disney Channel's Kevin Quinn), a troubled teen who has a run-in with the law and is given two options: go to juvenile detention or attend a Christian summer camp. Will chooses the latter and finds himself falling in love with a fellow camper Avery (Bailee Madison, also producing) as he heals the wounds from his past.

"This story reminds us that we all have a home whether with our actual family or chosen family, and that each of us is beautiful and valuable," Madison tells PEOPLE of the story.

While Quinn and Madison didn't have chemistry tests before being cast, the two quickly developed a bond that helped them make up a convincing romance in the movie.

"One of my favorite qualities of Will and Avery's relationship is that despite that Will is an outsider to everyone else, Avery picks up on a certain transparency that he seems to have and sees the real him in the process," Quinn tells PEOPLE of his character in the movie. "You get the impression that there is an underlying friendship there, and I could easily say the same of my bond with Bailee, as I'm grateful for the friendship we've developed going forward. It makes working together so much more enjoyable."

"This film is one that the entire family and people of all ages are going to have so much fun with! We can't wait to see everyone off their couches singing and dancing with us!" Madison adds.

The official A Week Away soundtrack will be available for pre-order on Friday accompanied by the release of 3 early singles: "Let's Go Make A Memory," "Place In This World," and "Best Thing Ever (Stage Version)." The full 13 track album is set to release on March 19 at all digital streaming providers, and will include special features by Johnnyswim, Tauren Wells and Riley Clemmons.

A Week Away hits Netflix March 26. 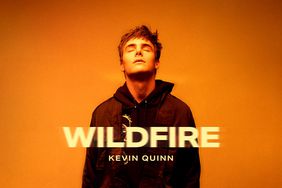