Ashton Kutcher is opening up about the support system he relied on during his split from ex-wife Demi Moore.

The actor, 41, appeared on the WTF with Marc Maron podcast on Monday in which he spoke about getting offered to lead CBS’s hit sitcom Two and a Half Men. At the time the offer came to him, Kutcher said he “had daughters at home” and “knew things were a little not great in my relationship” with Moore.

“I wanted to work on that with Demi,” he said of their marriage. “I wanted to be home more. And I was like, let me think about it.”

Kutcher ended up accepting the role, replacing Charlie Sheen and acting opposite Jon Cryer. The work helped him through his divorce from the actress.

“I had a really good time making it. I actually went through a divorce on that show which is a really hard thing to do,” Kutcher said. “And having a family [on set] while going through that… I needed that.”

He added, “Those people were all there for me and supported me while I was going through that, and it was phenomenal.”

While Kutcher said his current relationship with Moore was “good” but they “don’t hang out,” he shared that he does make a “conscious effort to stay in touch” with her daughters Rumer, 31, Scout, 28, and Tallulah Willis, 26.

“It was eight years,” he said of his relationship with Moore and her children, adding that he first came into their lives when they were still very young.

“Tallulah was eight or nine, she was the youngest. Rumer was 12 or 13 when we first started dating,” he said, noting that they were still young when he and Moore split. “When we were getting divorced, Tallulah was graduating high school.”

Given that he was a huge part of her children’s lives growing up, Kutcher said he’s “never going to stop loving them.”

“I was helping raise teenage girls through their adolescence,” he said. “I love them. I’m never going to stop loving them and respecting them and honoring them and rooting for them to be successful in whatever they are pursuing.” 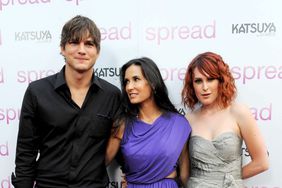 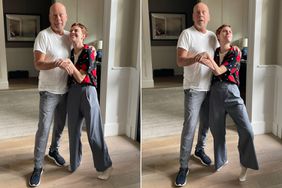 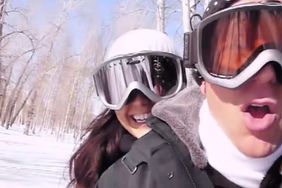 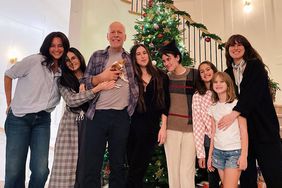 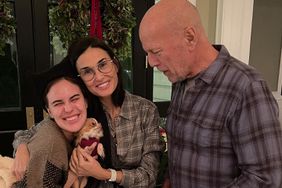 Bruce Willis and Demi Moore Smile with Daughter Tallulah in Holiday Photo: 'I Love My Parents' 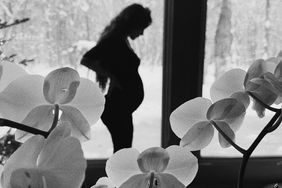 Bruce Willis Is 'Happy' About Becoming a Grandpa as He Enjoys 'Having More Family Time': Source 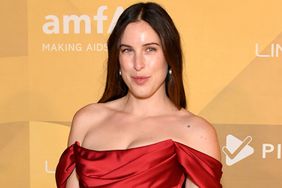 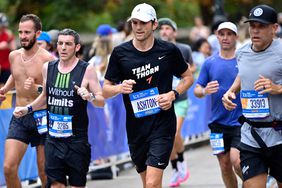