A source tells PEOPLE the couple's kids, daughter Wyatt, 4, and son Dimitri, 2, were with them at Disneyland

Ashton Kutcher and Mila Kunis went to the “happiest place on Earth” following the shocking confessions that came from Kutcher’s ex Demi Moore in her new memoir.

On Sunday, The Ranch actor, 41, shared a selfie on Instagram of himself and his wife, 36, smiling at Disneyland in Anaheim, California, with the Sleeping Beauty Castle in the backdrop of their photo.

“Magical weekend @disneyland An imagination tinderbox. That Walt guy had a vision,” wrote Kutcher, who sported a baseball cap in the photo, as did Kunis.

A source tells PEOPLE the couple’s kids — daughter Wyatt, 4, and son Dimitri, 2, — were with them. “They were a very cute family,” the source says.

The couple’s getaway comes after Moore, who was married to Kutcher from 2005-13, has continued to make headlines for her new memoir, Inside Out.

Every Bombshell Confession from Demi Moore‘s Memoir, Inside Out

In the book, Moore, 56, reveals a series of bombshell details about her relationship with Kutcher, including that he was unfaithful. Moore writes she “went into contortions to try to fit the mold of the woman he wanted his wife to be,” which included having threesomes that left her with feelings of “shame.”

“I don’t think it should be implied that he instigated,” she said on the talk show, adding that she’s spoken to Kutcher since she’s written the book. “I think it was — and again, in trying to keep the perspective on my story — he expressed something that was a fantasy and it was in my efforts to want to please and be what I thought he wanted.”

Demi Moore Says Ashton Kutcher Took a Photo of Her Drunk on the Toilet: It Was ‘Shaming’

Although Kutcher hasn’t formally responded to the revelations shared in Moore’s book, he seemingly appeared to address the topic on Tuesday night. 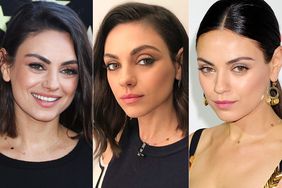 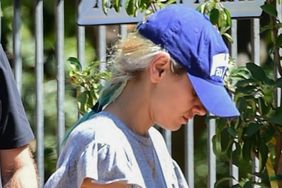