Armie Hammer Explains Why He Worked in Construction During Pandemic: 'I Was Really Out of Options'

"Do you think I had anything else better going on?" the actor joked of spending months fixing up an abandoned motel with a friend in California

On Tuesday, the Call Me By Your Name actor, 34, appeared on Jimmy Kimmel Live! (dressed in an astronaut suit and seated a cool eight feet away from the late-night host), when he discussed how he's spent a portion of his quarantine: working in the construction field with a friend.

"I have been productive. I've been really fortunate. I mean look, the world's falling apart, it's the apocalypse, but funny enough, my buddy Ashton [Ramsey] bought an old motel out in the desert," said Hammer of the Twentynine Palms property near Joshua Tree National Park.

"It was this kind of abandoned, rundown motel, and I came back from the Cayman Islands where I was during quarantine and I was like, 'Dude, I have nothing to do.' He was like, 'Do you wanna come live with me in this abandoned motel and do construction with me?'" the actor recalled.

"Do you think I had anything else better going on?" joked Hammer, who announced his split from Elizabeth Chambers in early July. Chambers officially filed for divorce shortly after the announcement, citing irreconcilable differences. (The former couple — who tied the knot in May 2010 — share daughter Harper Grace, 5, and son Ford Douglas Armand, 3.)

"I was literally sitting at home picking boogers and seeing how far I could flick them. I was really out of options," the father of two jokingly said.

Asked whether he has a knack for handiwork and knows his way around with tools, Hammer quipped: "Funny enough, everything except a hammer. Just seemed too close to home."

Hammer said he's "moderately handy," though he admitted that "there are some power tools I should just not be trusted with." He explained that most of the work around the motel had to do with sanding floors, replacing drywall, and moving objects.

"It wasn't anything like... I'm not doing electrical work — look at me," he said. "Would you trust me to touch wires? No way."

And it wasn't just Hammer and Ramsay rehabbing the hidden-gem motel. The pair also had the help of a man named Motor Mike, who the Rebecca actor described as a "desert creature" with a mountain bike.

"He's an amazing character," said Hammer. "He's one of those people who lives in the desert and can kinda do anything. He can really do anything. It's pretty spectacular."

In late August, Hammer revealed that he had been doing construction work for two months.

"This one of my best friends, Ashton. For the last 2 months or so I have lived with Ashton, worked construction with Ashton, and hiked with Ashton every day," he wrote on Instagram at the time. "He has been such a good friend (and boss) and has been the most supportive friend anyone could ever ask for. Today might be my birthday, but I just wanna say thank you to @ashtonramsey and say I love you dude." 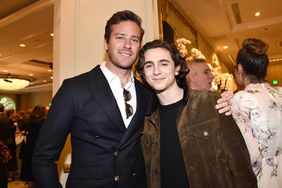 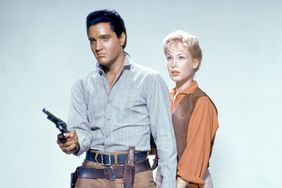