Elizabeth Chambers and Armie Hammer are putting their kids first as they split after 10 years of marriage.

Hammer, 33, Elizabeth, 37, announced the split on their respective Instagrams with a throwback picture of the two and a statement recounting their long history together.

The former couple married in May 2010 and have two children together: daughter Harper Grace, 5, and son Ford Douglas Armand, 3.

Now, a source tells PEOPLE their kids are their priority.

"They both still love each other very much and they’ve always been such a close knit family. I know their main focus right now is their kids and making sure nothing changes for them," the source says.

The two posted the same statement and picture, highlighting how they met, started dating and married over a decade ago.

"Thirteen years as best friends, soulmates, partners and then parents.

It has been an incredible journey, but together, we’ve decided to turn the page and move on from our marriage.

As we enter into this next chapter, our children and relationship as co-parents and dear friends will remain our priority.

We understand this news lends itself to public dialogue, but in the interest of our children and our family, we’re asking for privacy, compassion and love during this time," the statement read.

News of their split comes just under two months after the actor, 33, and the entrepreneur, 37, celebrated a decade of marriage.

"TEN years married, twelve together, thirteen years as best friends. Happy Anniversary, my love," Elizabeth wrote in an Instagram tribute. “ I’m beyond grateful for you, this decade, our family and the dreamiest Friday night anniversary sunset.”

“Happy Father’s Day to the master bedtime singer, omelette maker, steak griller, “water pusher,” snorkel instructor, story teller and so much more,” she wrote. “Our babies couldn’t ask for a more adventurous and entertaining dad and we’re lucky that you’re ours. We love you.”

In recent months, the family had been self-quarantining in the Cayman Islands amid the coronavirus pandemic — which wasn’t something they had initially planned on doing.

“We’re currently quarantined in the Caymans, which wasn’t planned when we left LA 5 weeks ago for nyc,” Elizabeth explained in April. “Due to travel restrictions, school closures and the fact that we were planning to be here with our extended family two weeks later for spring break, we made this decision for the health and safety of our family.”

Armie’s family moved to the Cayman Islands, located in the Caribbean Sea, when he was 7 and lived there for five years. 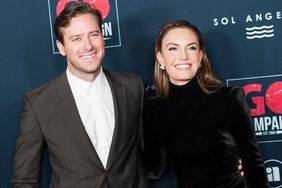 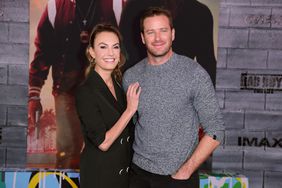 Elizabeth Chambers Hammer Celebrates 10 Years of Marriage to Husband Armie: 'Grateful for You' 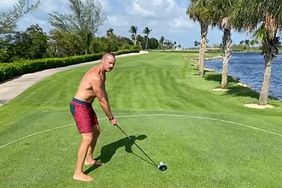