"Melanie is not my wife anymore, but I think she is my best friend," Pain and Glory star Antonio Banderas tells PEOPLE of his ex-wife, actress Melanie Griffith

Antonio Banderas split from Melanie Griffith in 2015 after nearly 20 years of marriage, but the actor will always have love for his second wife.

“Melanie is not my wife anymore, but I think she is my best friend,” the Pain and Glory star, 59, tells PEOPLE in this week’s issue. “I love her and will love her until the day I die. She’s my family.”

For more on Antonio Banderas, pick up the latest issue of PEOPLE, on stands Friday.

Banderas shares daughter Stella, 23, with Griffith, 59, who he says has inherited her parents’ creativity.

“She’s a natural writer. She was reading books since she was very little and she loved to be behind the camera and all the attention,” Banderas says. “If you had a second life I would love to just step in there. Maybe my daughter is just my second life.”

The two-time Emmy nominee also helped Griffith raise her daughter Dakota Johnson (who she had with her first husband Don Johnson) and son Alexander Bauer (who Griffith had with her second husband Steven Bauer).

“I was there because I love their mother and I am totally taken with their mother and they were the most important part of what she came with,” Banderas says. “Very soon they understood that. They called me Paponio, a mixture between Papa and Antonio.”

Banderas still spends holidays and special occasions with Griffith and all of their children. He describes their early time together as a family as five “beautiful years.”

“Melanie decided to stay home when I was working outside the United States to give them the life they deserve to have like everybody else,” he says. “It was not fair for them just to be traveling all around the world. I think now that it was very interesting because they knew other realities.”

While Banderas spends most of his time now in London with his girlfriend Nicole Kimpel, “My family is in Los Angeles,” he says. “I love to see them.” 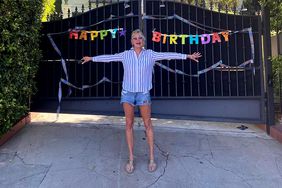 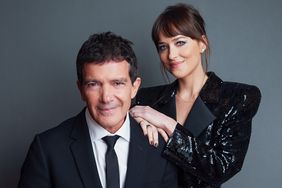 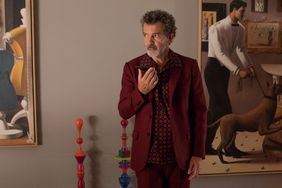 Two Years After His Heart Attack, Antonio Banderas Is Back — and Earning Oscar Buzz 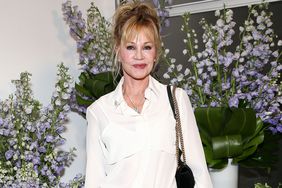 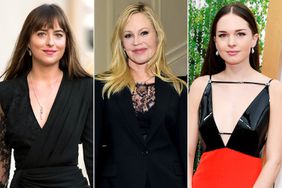 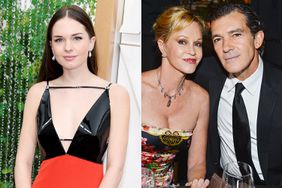 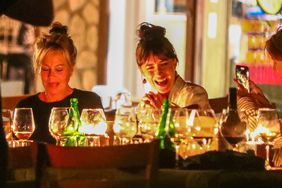