"We pray that our movie can make not only Latinos feel pride and feel hopeful, but people all over," Anthony Ramos says of In the Heights

Anthony Ramos has found his stride working with Lin-Manuel Miranda.

With In the Heights, Ramos leads a cast of stars ushering the Broadway hit to the big screen, and at the in-person New York City premiere Wednesday night, he tells PEOPLE (The TV Show!) all about why Miranda makes such a fruitful collaborator. (Ramos was in the O.G. Hamilton cast alongside Miranda, too, back in 2015.)

"Lin is one of the best collaborators," says Ramos, 29. "... They cast people who they felt were right for these roles, who they felt were the right people to tell this story. And I think he just let it go after that. That's, I think, part of his brilliance, his ability to know when to press in and when to let go. That was sort of how that collaboration has worked, not only on this movie, but I've known Lin now [for years]."

Ramos also spoke on the importance of authentically portraying the residents living in Manhattan's predominantly Latin neighborhood of Washington Heights.

"For so many years it hasn't been [represented]. ... I think, especially for Latinos, man, there's been a lack of films where we've been able to watch him and be like ... 'I wanna be like that actor,' you know? 'I wanna be like that director' or whatever. There's always a handful," he explains. "Hopefully this is the beginning of the industry seeing us, seeing the Latino community and being like ... we've got to just diversify. That's the point, right?"

Miranda, 41, also spoke to PEOPLE (The TV Show!) at the United Palace Theater in Washington Heights for the premiere, teasing the return of another one of his hits: Hamilton back on Broadway. Though live theater will soon return after an extended shutdown due to the pandemic, don't expect Miranda to rejoin the cast of the blockbuster show.

"Slim to none," he says of the chances he stars in Hamilton again. "I have four movies coming out this year— you don't see how furiously I'm paddling! Definitely a welcome back. Then I want to go see every Broadway show because I just want to support theater now that it's back."

Taking center stage on the big screen, is movie-star Ramos ready for his life to change? "I don't know," he says, "but I'm taking it one step at a time, one day at a time, one minute at a time. I'll just make the adjustments as it goes."

In the Heights hits theaters and HBO Max on Friday. 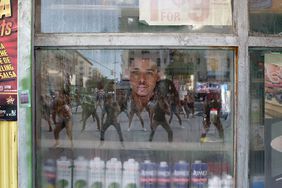 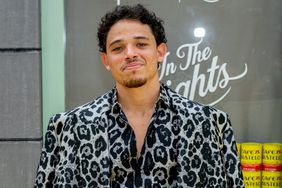