The pair, who recently opened up about their relationship in the German magazine Bunte, first sparked relationship rumors earlier this year.

A source tells PEOPLE that the couple began dating this spring.

“They’ve been friends for so many years and they’re so like-minded that it’s an incredibly easy relationship,” the insider says. “They’re really supportive of each other and have a lot of fun — they’re definitely in love.”

Heche and Jane, both 50, were spotted attending a Tribeca Film Festival event together in early May. A source told PEOPLE at the time that they “arrived at the afterparty holding hands.”

The two also attended the Sarasota Film Festival in Florida in April where Heche was honored with a Career Tribute Award.

Jane and Heche previously worked together on the HBO series Hung, which ran from 2009 to 2011, playing a divorced couple. Jane starred in the series as Ray Drecker, a struggling single father who resorts to prostitution in order to make ends meet.

The actors will also be reuniting on screen for their upcoming thriller film Hour of Lead, which follows the story of a husband and wife who will stop at nothing to find their missing daughter.

Heche was previously in a relationship with actor James Tupper. The pair, who share 10-year-old son Atlas, split in January 2018 after more than 10 years together.

“James and I have shared a great life together and have many wonderful memories. We’ve enjoyed working together, most recently on The Brave, where he joins us for our two mind-bending finale episodes,” Heche and Tupper said in a joint statement at the time. “Relationships change and grow; we’re taking time for that. We care very much for each other and plan to continue raising our two beautiful boys in love and harmony. Thank you for allowing us privacy as our family evolves.”

The actress was previously married to cameraman Coleman Laffoon, with whom she has a son, Homer, 17. Heche also famously dated Ellen DeGeneres from 1997 until their split in August 2000.

Jane was previously married to actress Aysha Hauer as well as actress Patricia Arquette, with whom he shares daughter, Harlow, 16.

Their divorce was finalized in 2011. 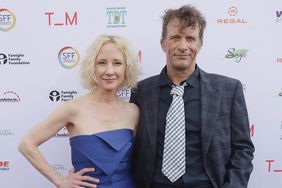 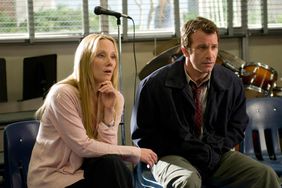