"Judy has been asked to consult with those working with Angelina on divorce negotiations," a source close to the situation tells PEOPLE

Jolie’s team has retained the help of legendary crisis manager Judy Smith, amid the actress’ ongoing divorce with Brad Pitt.

Multiple sources have confirmed to PEOPLE that Smith, who inspired Kerry Washington‘s fictional character in the hit TV show Scandal, is “consulting” with Jolie’s team as she continues to hash out divorce details with Pitt.

“Judy has been asked to consult with those working with Angelina on divorce negotiations,” a source close to the situation tells PEOPLE. “Judy and her firm have a long history of handling issues that have unfortunately garnered too much attention in the public eye, and she knows how to push towards resolutions that are swift and discreet.”

Smith is currently the owner of Smith & Company – one of the most reputable crisis management firms in the United States. The 57-year-old “fixer” has been able to successfully help a slew of high-profile celebrities in the past including Michael Vick, Paula Deen and Monica Lewinsky.

Her time working as a deputy press secretary in the White House inspired Washington’s character Olivia Pope on Scandal, on which Smith is also a producer.

And with the latest addition of Smith, Jolie is quickly creating a powerhouse team in her ongoing split from Pitt. Celebrity divorce attorney Laura Wasser is also representing the actress. 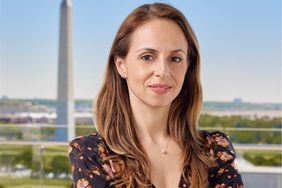