Maddox Jolie-Pitt, who turns 18 Monday, is set to start classes at South Korea’s Yonsei University where he will be studying bio chemistry, a source exclusively tells PEOPLE.

“He got accepted to other universities but chose Yonsei,” the source says. “He has been studying Korean language. He has lessons multiple times a week to prepare.”

And the oldest in the Jolie-Pitt clan is starting classes this month, with Jolie, 44, making the trip to help him get started.

“Mom is dropping him off in August,” the source says of Jolie. “She is very proud. She will miss seeing him as much, but he’s ready.”

Angelina Jolie on Her Son Maddox Leaving for College in the Fall: ‘I’m Nothing But Proud’

The source adds that while he’ll be far away from their American home base, his new school is close to the family’s Cambodian home.

Jolie previously opened up to PEOPLE about Maddox’s college plans, saying that she was “nothing but proud.” PEOPLE in the

“I look forward to all he will do,” the actress added.

Maddox’s choice to attend a South Korean school comes after he was spotted visiting universities there with Jolie back in Nov. 2018. The two visited campuses in Seoul while Jolie was in the country on an official visit as the United Nations High Commissioner for Refugee (UNHCR) Special Envoy.

Maddox Heads to University! What to Know About Angelina Jolie's Son's College in South Korea 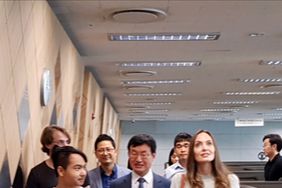 Angelina Jolie Gets Emotional as She Drops Son Maddox Off at College: 'I'm Trying Not to Cry' 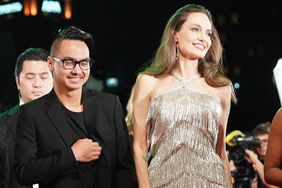 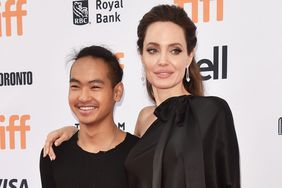 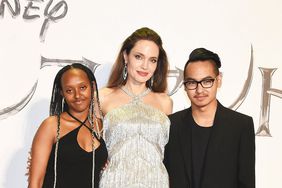