"Right now, the people of Afghanistan are losing their ability to communicate on social media and to express themselves freely," writes Jolie

Angelina Jolie is using her platform to speak out about turmoil in Afghanistan and the women and children now in grave danger.

The Oscar-winning actress and humanitarian, 46, joined Instagram on Friday, dedicating her first post to the current situation in Afghanistan as numerous Afghans seek safety from the Taliban in the wake of the withdrawal of U.S. troops.

"This is a letter I was sent from a teenage girl in Afghanistan," Jolie's caption reads alongside a photo of the handwritten note. "Right now, the people of Afghanistan are losing their ability to communicate on social media and to express themselves freely. So I've come on Instagram to share their stories and the voices of those across the globe who are fighting for their basic human rights."

A source close to Jolie tells PEOPLE explained why the mother of six felt it was time to utilize the social media platform.

"Angie felt compelled to join in a moment when women and young people in Afghanistan are losing the ability to communicate on social media and express themselves freely," the source says. "From her point of view, if she's able to be a part of the effort to amplify their voices, then she felt it was reason enough to join and use her platform."

The final stages of the long-planned U.S. military exit from Afghanistan unfolded in chaos over the weekend and into this week as the Taliban — which for years had been kept at bay by American forces — engaged in an almost immediate takeover of the country.

In a statement over the weekend, President Joe Biden said the terms and timing of the withdrawal were largely set in place by predecessor Donald Trump, who had campaigned on ending America's involvement in Afghanistan and whose administration negotiated directly with the Taliban before sealing an agreement with them last year.

But in a speech from the White House Monday, Biden, 78, admitted there had been mistakes in how the withdrawal was handled because the U.S. was caught off guard by how quickly Afghanistan fell. He described scenes of panic, confusion and escape as "gut-wrenching."

Still, he said, he stood by his decision to remove American troops after two decades of war that, in his words, had come to nothing.

"If anything," he said, "the developments of the past week reinforced that ending U.S. military involvement in Afghanistan was the right decision. ... I stand squarely behind my decision. After 20 years, I've learned the hard way that there was never a good time to withdraw U.S. forces."

The Taliban insisted they are a more moderate force, recently promising peace and women's rights, but Afghans and national security experts alike are doubtful of the those assurances.

Malala Yousafzai — the 24-year-old human rights activist who was 15 and a student in Pakistan when a Taliban gunman boarded her school bus and shot her in the face — spoke out Sunday and expressed how she worries for women, minorities and human rights advocates in Afghanistan.

"We watch in complete shock as Taliban takes control of Afghanistan," she tweeted. "I am deeply worried about women, minorities and human rights advocates. Global, regional and local powers must call for an immediate ceasefire, provide urgent humanitarian aid and protect refugees and civilians." 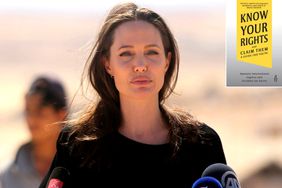 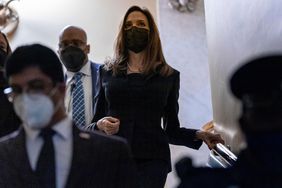 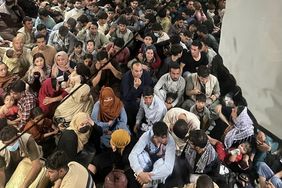