The Oscar winner turns 44 on Tuesday in the midst of her highly-anticipated return to the big screen. Jolie, who has spent the last few years honing her skills as a director, executive producer and continuing her advocacy work, is set to appear in Maleficent: Mistress of Evil on Oct. 18.

The sequel to the smash hit 2014 Disney movie teams Jolie up with Elle Fanning again, and the two are joined by screen legend Michelle Pfeiffer as Queen Ingrith.

“I love my horns,” Jolie told PEOPLE earlier this year. “It is such a pleasure to play her and I hope the audience enjoy her as much as I do. It was wonderful to work again with Elle and to have a chance to work with Michelle.”

Jolie is also set to make her first superhero appearance in Marvel’s upcoming The Eternals alongside Game of Thrones and Bodyguard‘s Richard Madden. The Eternals follows the story of a group of near-immortal superheroes known as Eternals who lived on Earth and shaped its history and civilizations.

The movie is sure to please her family at home, as her six kids with ex-husband Brad Pitt continue to step out with their famous mom more often. Maddox, 17, Pax, 15, Zahara, 14, Shiloh, 13, and 10-year-old twins Knox and Vivienne recently attended the premiere of Disney’s Dumbo earlier this year. And last month, Jolie and all of her children were spotted celebrating Shiloh’s 13th birthday.

Jolie is also currently preparing for her oldest son Maddox to attend college in the fall — and she couldn’t be happier for him to take the big step.

“I’m nothing but proud,” Jolie recently told PEOPLE. “I look forward to all he will do.”

One of Jolie’s projects in the works is inspired by her kids, who are growing more curious about world events as they age. The actress was inspired by their interest and partnered up with the BBC for a new global current affairs TV program for children.

“We enjoy reading the kids pullout of the New York Times and look at National Geographic,” Jolie told PEOPLE, “but as a parent, I felt there wasn’t that one vetted and reliable internationally-minded news program tailored for children that we could sit down and watch together each week. That is what I hope this will be for our family and other families.”

Jolie’s birthday comes just under two months after she was declared legally single while still working towards settling her divorce Pitt. In the same ruling, the actress officially cut “Pitt” from her legal name, Angelina Jolie Pitt, going back to Angelina Jolie.

Jolie filed for divorce from Pitt in Sept. 2016. 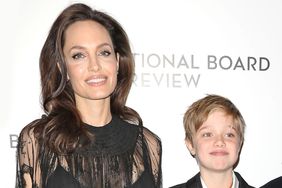 Shiloh Turns 13! Angelina Jolie Treats All of Her Kids to Escape Room Experience to Celebrate 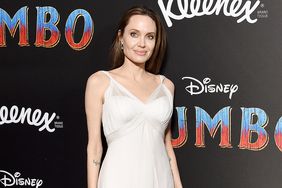 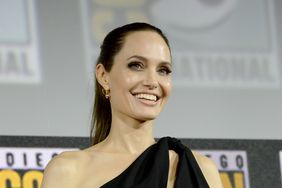 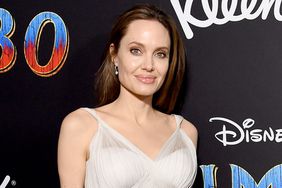 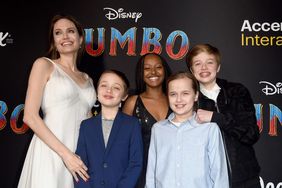