According to court documents obtained by The Blast, this could occur if she doesn't take steps to improve their relationship with their father.

Angelina Jolie is in danger of losing primary custody of her six children to estranged husband Brad Pitt.

According to court documents obtained by The Blast, this could occur if she doesn’t take steps to improve their relationship with their father.

Furthermore, the judge said in court documents, “If the minor children remain closed down to their father and depending on the circumstances surrounding this condition, it may result in a reduction of the time they spend with [Jolie] and may result in the Court ordering primary physical custody to [Pitt].”

Reps for both Jolie, 43, and Pitt, 54, have not yet responded to a request for comment.

The judge outlined some specific steps Jolie should take to improving Pitt’s access and relationship to the children. For example, the actress and humanitarian was asked to provide the actor with the cell phone number of each child and allow him to call anytime.

Also, the judge said Jolie is not allowed to read their text messages with Pitt or secretly monitor his calls in anyway.

The court also outlined a detailed summer visitation schedule for the couple. Maddox was not included in the arrangement because at 16-years-old, the court determined he was old enough to decide how much time to spend with Pitt on his own.

Pitt will spend June 8 to June 17 with the kids for four hours a day while he stays in London, where his ex-wife is currently renting a home and shooting Maleficent 2. Pitt will host one or two of the minor at a time, and will spend time with each child at least twice. Jolie is not allowed to be present during Pitt’s time with the children.

Then from June 27 through July 1, Pitt gets custody for 10 hours per day under the same scheduling circumstances. A child therapist will also be with the children during this time.

From July 8 through July 14, Pitt will spend four consecutive days with the kids. A therapist will be present during that time and will meet with the kids before and after each two day period.

From July 21 through July 29, Pitt gets custody of the kids when he returns to California. Jolie will handle the kids’ travel from London to L.A., and Pitt will handle their return trip to London.

Once back in L.A., Pitt can decide where to stay with the kids, but must make arrangements for their visits with therapists and doctors. 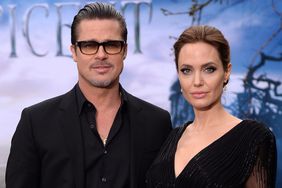 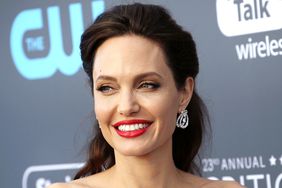