Jolie stars as mysterious Evelyn A. Salt, a rogue CIA operative trying to clear her name

All femme fatales need a good disguise – or two – especially if her pursuers know too much about her.

And with Angelina Jolie filming the spy thriller Salt this week, two looks have already surfaced.

One is a soft-looking, all-business blonde, and the other an alluring raven-haired, possibly weapon-toting vixen. Which is the real Evelyn A. Salt, a rogue CIA operative trying to clear her name? That’s the big mystery.

“She’s a character you never know,” Lorenzo di Bonaventura, who also produced Transformers and the upcoming G.I. Joe, tells USA Today. “People who think they know the real her may or may not. Those who think they can tell whether she’s in a disguise also may or may not … She tells you her agenda, but are you supposed to believe it?”

Di Bonaventura adds: [Her pursuers] have a ton of information to act on, but that’s where they begin to question what is real and what isn’t.”

Salt costars Liev Schreiber as Winter, her ally and supervisor in the CIA’s Russia office, and shoots in Washington, D.C., and New York City. It opens in 2010. 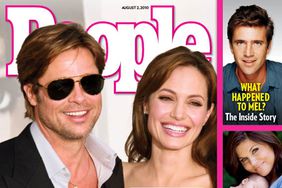 'We Have Each Other's Backs' 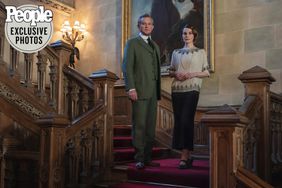