Years before his arrest for alleged sexual battery, Andy Dick publicly groped Ivanka Trump while on Jimmy Kimmel Live! in 2007

Years before his arrest for alleged sexual battery, Andy Dick publicly groped Ivanka Trump while on Jimmy Kimmel Live! in 2007.

In resurfaced footage of the incident, Trump was greeted by Dick, now 52, and Jimmy Kimmel, with the comedian rubbing his hands on her legs.

“You don’t play up the glitter on your legs?” Dick told Trump, with his hands rubbing her legs.

Trump, now 36, look shocked but attempted to laugh it off while slapping his hands and trying to remove them from her legs. Kimmel also attempted to help her, telling Dick, “Andy, don’t, please, don’t touch Ivanka.”

“Oh wait, did I say I was single? I thought I had a boyfriend,” Ivanka said as Kimmel rose from his seat to remove Dick’s hands.

“Andy, please don’t. Donald Trump will kill both of us,” Kimmel told the actor. Moments later, Dick was dragged off the stage by a security member and Kimmel.

After the episode aired, Kimmel told Extra Dick “was a little out of it.”

“She came out, he wanted a big, wet kiss. It was time for Andy to go, so I escorted him out by his feet,” the host said at the time.

He revealed Dick was not upset by being dragged off the stage, saying, “He’s Andy. He’s not upset. He’s not apologetic. He’s just nutty.”

“He always makes me a little uncomfortable,” Kimmel added. “You have no idea what he’s going to do next.”

In December 2017, Dick brought up the incident by sharing a screenshot of it on his Instagram account.

“The time I “groped” Trump’s daughter, Ivanka, on Jimmy Kimmel Live. Her legs were sparkling, and I was trying to see if the glitter would wipe off,” he wrote in the caption.

“I also mistakenly thought she would date me. I was jokingly carried off by security. Is anybody going to carry Trump off? No joke,” he continued.

He added, “Confusing times. (the weird thing is, I shot this same scene a YEAR EARLIER for my movie Danny Roane: First Time Director, but I was peeing on Malcolm in the middle, not groping #tbt#slapyourself #christmas #whatisreal #lifeimitatesart p.s. Look it up on Youtube.”

Dick is now facing legal action after he reportedly groped a woman passing by him on the streets of Los Angeles.

He was charged with misdemeanor sexual battery and misdemeanor simple battery related to an April incident, the L.A. City Attorney confirmed to PEOPLE on Monday.

The charges come in relation to Dick allegedly squeezing the stranger’s butt twice and making lewd comments to her, TMZ reported.

Dick’s arraignment is set for July 18 at the Van Nuys Courthouse, according to the city attorney.

This isn’t the first time that Dick has been accused of inappropriate sexual behavior. Sources told The Hollywood Reporter in an Oct. 2017 article that the actor groped, kissed and licked people’s cheeks, as well as made sexual proposals, involving at least four people on the production of the independent feature Raising Buchanan.

THR also revealed that Dick had also been fired from the low-budget comedy Vampire Dad after similar accusations.

Dick responded to THR concerning the Raising Buchanan accusations, denying the groping accusations. However, he confirmed that he did lick people.

“I didn’t grope anybody. I might have kissed somebody on the cheek to say goodbye and then licked them. That’s my thing,” he claimed. “I licked Carrie Fisher at a roast. It’s me being funny. I’m not trying to sexually harass people. I didn’t grab anybody’s genitals.” 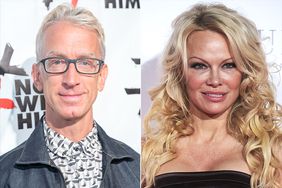 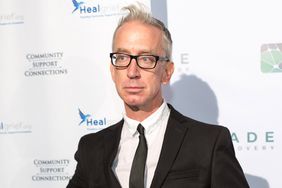